PE Hub
Home News and Analysis PE Deals How Can EBITDA be a Negotiable Number?
Return to search
Scoops & Analysis 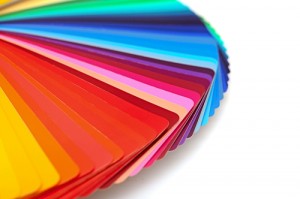 Take five investment bankers, add three private equity professionals, throw in a couple of senior lenders and another few junior lenders, give each of them a company’s prior year’s audited financial statements, fifteen minutes with management, and ask each of them to tell you what the company’s EBITDA is. I can almost guarantee you that the number of different answers you’ll get will exceed the number of professionals considering the question.

This phenomenon is particularly interesting when you consider that, in any transaction, when hundreds, if not thousands, of numbers are being parsed and analyzed, this may be the most important number of all. It’s almost always EBITDA that is the key determinant of the purchase price, and lenders are almost myopic in applying leverage multiples to this Holy Grail of a number.

So how can such an important number become so subjective and negotiable? Well, you probably understand why if you’ve heard the terms “pro-forma”, “adjusted” and “run-rate,” just to name a few.

First, let’s go back in time, in fact many years ago. It was then that EBIT was actually the governing number, not EBITDA. Depreciation was considered the proxy for capital expenditures so EBIT seemed to be the more appropriate short cut for determining a company’s normalized free cash flow and, therefore, its ability to service debt.

But along came the 1990s and purchase price multiples were going sky high. So what happened? The industry decided to make the governing matrix EBITDA rather than EBIT and, poof, all the multiples fell to a more realistic level. To this day, when purchase price multiples and leverage multiples are a topic of every cocktail party, it’s easy to forget about all of the cash needed for capital expenditures. But, then again, can a thousand industry gurus be wrong?

People continued to go along using unadjusted EBITDA. But then sellers and their advisers started running into situations where earnings started to decline soon after the signing of a letter of intent. They couldn’t let that scuttle a deal! Clearly unadjusted EBITDA wasn’t accurately reflecting a company’s true cash-generating power. And all kinds of things came out of the woodworks after that.

Sure, there are some simple add-backs like private equity management fees (although doesn’t the current sponsor actually add value that the next owner needs to replace and pay for?) and excess owner compensation (yet, is the existing management team, or even a new management team, really going to work as hard when they get paid less?).

Then there are pro-forma adjustments that are more subjective like eliminating excess bad debt expense (I’ll let you be the judge) and the increased earnings that would have resulted from plant consolidation or labor reductions.

And lastly, we’ve seen more run-rate adjustments emerge such as increasing earnings to factor in new capacity about to come on line (if you build it, will they really come? And, if so, will it really work as expected?) and the rollout of a new product that every customer is sure to want (and certainly won’t cannibalize the product it’s replacing!).

Of course, some adjustments seem like the envelope has been pushed too far. One that has always caused me to shake my head is adjusting for increases in raw material prices, which seem to always hit the highest mark the year you’re seeking to sell or refinance a company, with the argument being that either prices will never reach those peaks again or increases will always be able to be passed on to customers in the future. And, of course, there are others adjustments that really seem to stretch the imagination like an increase in revenue stemming from price increases that a new owner can surely get but the current one just didn’t want to pursue. The list is endless.

On a serious note, calculating EBITDA can be beneficial and useful as a quick predictor of future earnings, which then can be used as a basis for determining whether a company can service its debt. In that regard, making certain adjustments can be a completely logical and an astute thing to do.

But when I first got in to investment banking, I heard a phrase that has always stuck with me because of its accuracy—you can’t make an interest payment with pro forma earnings!!

Ron Kahn is a managing director at Chicago investment bank Lincoln International. His column first appeared on the website of sister magazine Buyouts.