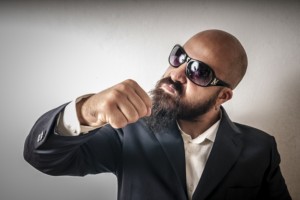 Michael Bego, a partner at secondary firm Willowridge Partners in New York, has organized an ultra-exclusive dinner every fall for the past nine years. It is open only to buyers on the secondary market.

This year the gathering, which began with just four people, had more than 85 professionals hailing from more than 50 of the biggest secondary funds around the world.

“There’s been a large number of entrants into the secondary market over the last several years,” Bego told peHUB. Bego arranges other, smaller dinners with peers and colleagues, but the fall gathering is the big, annual event.

[contextly_sidebar id=”uyjGwjAVyIeceas4bNJ7zXA4mrUdf6M0″]The growth of the event reflects just how far the secondary market, which has reached record levels of deal volume, has come. This year is poised to go beyond last year’s record total and set a new volume record somewhere around $35 billion. That is based on the feedback of dinner attendees who collectively represent a vast majority of that number.

Two secondary market buyers who I talked to at an event in New York recently told me the dinner is a great chance to dish about sellers on the market–in other words, limited partners. Without LPs in the room, buyers can let loose a bit, the two people told me. To be a fly on that wall …

This year’s dinner featured an informal survey. Intermediary Setter Capital, which has sponsored the dinner for the past four years, invited attendees to take “The Setter Volume Challenge” and predict private equity secondary volume levels for full-year 2014, 2015 and 2020.

Setter will announce the winner early next year in conjunction with publication of its 2014 volume report. The person with the closest guess will have $10,000 donated by Setter Capital to the charity of their choice.

Now, keep in mind these guesses were made at an event where, by all accounts, the booze was flowing and people were feeling pretty good. For the full year 2020, the highest guess was $95.1 billion, the average was $46 billion and the lowest was $24.4 billion.

What these guesses tell me is secondary market buyers are supremely confident their market is poised to grow. And why shouldn’t they be? LPs are increasingly coming to expect a way out of their illiquid investments, and pricing today hovers around par, or even premiums, to net asset value. They aren’t afraid to look to the market to sell out of positions they no longer consider core. Meantime, more of them are turning to secondaries opportunistically to buy into funds from managers they like.

However, as we saw after the global financial crash in 2008, the secondary market dried up for a period of time. This intense, frenetic market that can’t seem to help but jump to new levels of activity each year could slow down. Or it could even come to a grinding halt in the face of a massive correction that drives down the rich pricing this market enjoys.