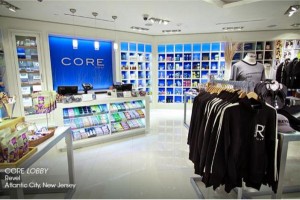 ICV Partners, which has been fundraising, has put Marshall Retail Group up for sale, two sources said.

Nomura is advising on the process, the people said. Las Vegas-based Marshall operates specialty retail stores for the resort and casino industry. It employs roughly 850 people. Its stores, which are located mainly in casino hotels, are in more than 140 locations including Las Vegas, Fort Lauderdale, Florida, and Atlantic City, New Jersey, according to the Marshall website.

Marshall produces roughly $45 million of EBITDA, one of the sources said. The company could sell for $250 million to $300 million, a PE executive said.

ICV has sold Marshall in the past. The firm initially invested in Marshall Retail in 2003 and, two years later, sold it to Bruckmann, Rosser, Sherrill & Co. In 2008, ICV reacquired Marshall from Bruckmann.

ICV also tapped North Point Advisors to find a buyer a few years ago for Marshall but a deal didn’t get done, several banking sources said. (North Point also advised Bruckmann when it sold Marshall to ICV in 2008, a press release from that time said.)

In October 2011, Marshall paid out a $95.5 million dividend to investors, including ICV. The dividend returned about 53 percent of capital that ICV Partners had invested in Marshall, peHUB has reported.

With offices in New York and Atlanta, ICV targets the lower end of the middle market. It invests in sectors such as manufacturing, consumer goods and services, as well as healthcare.

ICV has been fundraising for its third pool, which has a $600 million target. The PE firm, in December, had collected about $337 million, according to an SEC filing. MVision is the placement agent for Fund III.

ICV’s second fund closed in 2006 with $313 million in commitments. ICV Partners II LP is generating a net IRR of 9.7 percent as of Sept. 30, according to investor California Public Employees’ Retirement System.

Executives for ICV, Marshall Retail and Nomura could not be reached for comment.