Remove several letters from the phrase and you’re left with the word “decapitation”—and some critics might argue there’s not much difference between the two. In a recent “Term Sheet” newsletter, Fortune.com Senior Editor Dan Primack wrote that dividend recaps “mostly are greedy, parasitic transactions that give the rest of private equity a bad reputation.”

I know where he’s coming from. Some dividend recaps have (in hindsight) left companies badly hurt, if not quite beheaded, while the sponsors and their backers absconded with windfalls.

But really, just how bad are dividend recapitalizations in general? After a couple of conversations with folks in the business of securing loans for sponsors, I’ve come to the following conclusions. Dividend recaps, in which companies borrow money to pay their owners a dividend, are usually good for lenders. They’re good for sponsors and their investors—foundations, endowments, public pensions etc. They’re often good for management teams, assuming those management teams like their sponsors and have equity in their companies. And finally, they’re no worse for companies and rank-and-file employees than your run-of-the-mill leveraged buyout. You just can’t argue leveraged buyouts are good or neutral for companies but that dividend recaps are bad; they’re twin parts of the same financial machinery.

To reach this conclusion you need to accept this premise: that sponsors and lenders do not intentionally overleverage portfolio companies at any time during their ownership. Before applying leverage, they take into account how much cash a company needs for cap ex and other operations to remain a viable and thriving business that will grow in value. They make sure, in essence, that any cash paid to the lenders as interest payments, or paid to themselves as dividends, is cash that might otherwise collect on the balance sheet; think, for example, of all the cash building up at Apple and other tech giants (and which many shareholders have called for to be paid out as dividends). If you buy into this premise, which I believe is generally true, it clears the path to seeing the many virtues of dividend recaps.

For Lenders: In most cases it’s the incumbent lenders that participate in the dividend recapitalization of a sponsor-backed company. Granted, lenders tend to view these transactions as a tad riskier than leveraged buyouts, because sponsors are seen as less committed to companies from which they’ve already extracted a return. Four or five years ago you could still find a good number of lenders that wouldn’t do dividend recaps, according to Ron Kahn, a managing director in the Chicago office of investment bank Lincoln International. Today such deals are much more popular with lenders (see U.S. deal volumes in the table below, courtesy of Thomson Reuters LPC). Lenders have gotten comfortable with them in part because they can negotiate terms that compensate them for the perceived risks. Where, say, lenders might allow 40% equity and generate a 9% interest rate (all in, including both senior and junior debt) on a fresh mid-market LBO today, they might require 50% equity and command a 9.5% interest rate after a dividend recapitalization, says Kahn. So they end up backing a company that they like with less leverage and at a little higher pricing. “That’s a win-win for a lender,” says Kahn.

For Sponsors: Sponsors like dividend recaps for some obvious reasons and for some not-so-obvious ones. It is foremost an opportunity to lower their risk in a particular deal and return money to limited partners, while maintaining upside for the day when the company is finally exited. It’s also a way to smooth out the inevitable ups and downs in the topsy-turvy capital and M&A markets. Many sponsors overequitize companies at buy time, whether because the company is in dire straits or the capital markets are temporarily illiquid or for other reasons. Once the company is on its feet, or the capital markets return to health, or both, the sponsor may then have the opportunity, through a dividend recap, to place an appropriate amount of leverage on a company. Similarly, a sponsor may find the M&A markets uncooperative at what otherwise would be exit time. A dividend recap lets the firm realize some of its investment, delaying a sale or IPO for a more favorable time. In short, dividend recaps grease the wheels of the leveraged buyout market, and allow it to function more efficiently.

For Management Teams: Managers like getting dividends, and those blessed with equity in their companies get them in dividend recaps, just as the sponsor does. Also, bear in mind that many executives like having their companies owned by buyout firms. They like the emphasis on incentive-based compensation. They dread the prospect of being gobbled up by some long-time competitor. They’re thrilled by the prospect of the sponsor taking some money off the table if it means a longer holding period. Do they want to live with additional leverage? No. But they may see that as a trade-off they can live with.

For Portfolio Companies: For a portfolio company and most employees, it’s hard to argue that additional leverage is a welcome development, and we have seen that an overdose can be a bad thing. But the leverage added through a dividend recapitalization is no different from that added as part of an original buyout. Consider turnaround firms, which are among the heaviest users of dividend recaps. Why should they be penalized, relative to other sponsors, merely because they can’t leverage their companies, beyond asset-based revolvers, at or just at purchase time? Once a company is generating sufficient cash flow, why shouldn’t the turnaround shop leverage the company up, take money off the table and continue to work its operational magic toward an even healthier finish? (A good example of this is the very successful turnaround of Attends Healthcare Inc. by KPS Capital Partners, which exited the deal last year.)

Look, you can argue all you want that leveraged buyouts are good or bad for portfolio companies, or for the economy at large. The point of my piece: It’s not right to suggest dividend recaps are a particularly noxious form of financial engineering, employed by a handful of offenders, that give law-abiding sponsors a bad name.

Theodore L. Koenig, president and CEO of mid-market lender Monroe Capital LLC in Chicago, won’t go so far as to say that all sponsors do dividend recaps. But, he said, “we have funded many many recaps on behalf of lots of sponsors over the last five to six years. It’s pretty compelling if the circumstances are right.” 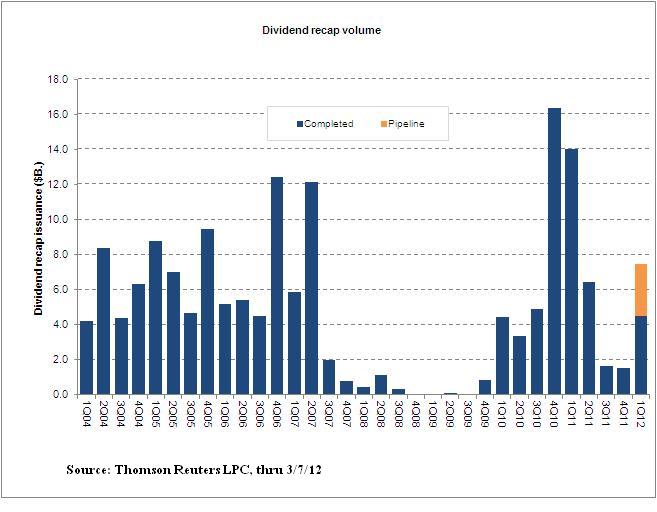 David M. Toll is editor-in-charge of Buyouts Magazine, a sister magazine to peHUB.