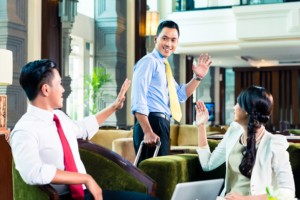 Insight Equity has lost its director of investor relations as it works to hit its $750 million target on its third vehicle, which has been in the market for more than a year, according to two people with knowledge of the situation, as well as an internal email.

Felicia Hardwick, who has worked as director of investor relations at Insight Equity since January 2013, according to her LinkedIn profile, left the firm to spend time with her children.

“After careful consideration, I have decided to stay at home with my two young boys and my last day was Friday, June 20,” according to an automatic response to an email sent to Hardwick’s Insight Equity address. Hardwick had worked with Insight Equity since 2004 and was one of the firm’s early employees, one source said.

The firm has been in the market with its Insight Equity III LP for more than a year and has collected about $400 million, according to a filing with the U.S. Securities and Exchange Commission. The firm also has another $150 million in commitments that have not yet closed, one source said.

Insight has activated the fund and made one investment, in precision machining company Midstate Berkshire, earlier this year.

Fund II was generating a 1.23x net multiple and 9 percent net internal rate of return as of March 31, according to data provider Preqin. The mezzanine vehicle was generating a 15 percent IRR and a 1.44x multiple as of the same time frame, Preqin reported.

Fund I was producing a 35 percent net IRR and a 4.17x net multiple as of March 31, according to Preqin’s numbers.

One of the big winners from Fund I has been Emerge Energy Services, which went public last year, debuting at $17 a share. Shares were trading at $102.63 late Thursday.

Insight sold about one-third of its stake in Emerge in a secondary offering earlier in June.