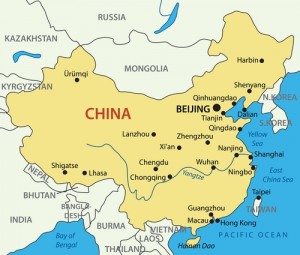 There’s a new fund of funds on the scene. It’s called Institutional Global Investors (IGI), and its focus is on China and emerging Asia.

Who’s behind it? One of its founders, Kirk Dizon, spent six years as a managing director at Hall Capital and co-head of its private equity group, where he says he spearheaded many of the firm’s Asia-based investments. His cofounder, John Dominguez, also has plenty of experience as an institutional LP, starting with his role as the first director of alternative investments at the Colorado Public Employees’ Retirement Association.

The San Francisco-based firm isn’t disclosing how much money it has garnered, though Dizon says it raised “seed funding” back in February from the “heads of firms” and “firms themselves” from “every asset class” in China. IGI’s plan is to invest that money into “top tier managers” across asset classes, he says.

As for why now and why Asia, Dizon says that he and Dominguez have long seen an opening for a “multi asset class platform,” particularly in China, partly because investors who want to invest in Asia should have part of their allocation in real estate, illiquid credit and other things that are “less cyclical and less dependent on IPOs for exit.”

Dizon also argues that investing across numerous asset classes makes sense because there isn’t much M&A happening in China yet,  owing to onerous structural and regulatory hurdles, along with changing leadership. (One apparent exception is China’s outbound M&A volume, which at $38 billion thus far this year is 72 percent more than in 2011, according to Thomson Reuters, peHUB’s parent company.)

“Most funds of funds for Asia have focused on either hedge funds or are only doing VC and PE,” says Dizon. But many high-net worth individuals and smaller institutions want an all-purpose China pool, in his view.

Dizon isn’t saying how much IGI is willing to plug into any one firm but tells me that “we’re already committing capital and are in the later stages of due diligence with several [other] firms.”

He adds that IGI plans to expand into other emerging regions of Asia in 2013 and has been “having discussions” with potential partners about where it might establish its office.