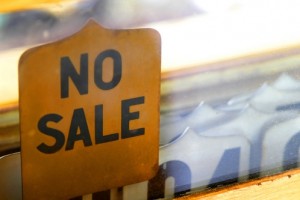 Earlier this year, J.C. Flowers hired Morgan Stanley to run a process for Ascensus, peHUB reported. The auction did not draw the interest of strategics, a banker says. J.C. Flowers was in talks with a PE firm, which thought it had a deal to buy Ascensus, the source says.

However, J.C. Flowers pulled the sale “on the 20th yard line going into the end zone,” the banker says. The firm is going to keep the business and run it for a few years, the person says.

Dresher, Pa.-based Ascensus provides retirement plan services, like record keeping and administration, for businesses. The company produces about $25 million to $35 million EBITDA. Ascensus was expected to fetch more than $300 million and draw bids from firms such as GTCR, TPG, Hellman & Friedman and Lindsay Goldberg.

J.C. Flowers’s ownership of Ascensus dates back to 2007 when the company was known as Bisys. In 2007, Citi acquired Bisys, a financial services outsourcing firm, for $1.45 billion in cash. As part of the deal, Citi agreed to sell the insurance and retirement services divisions to J.C. Flowers in a move that reduced the transaction price to $800 million. The Bisys Retirement unit operated as a unit of Crump Group, which was a J.C. Flowers portfolio company. In late 2007, Bisys Retirement Services changed its name to Ascensus, which means “moving upward” in Latin.

In April, J.C. Flowers completed its sale of Crump’s life and property and casualty insurance operating divisions to BB&T Corp. for $570 million. The deal did not include Ascensus.