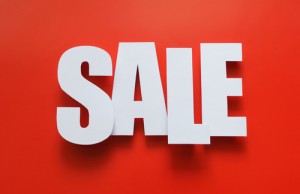 The PE firm, which has offices in New York and London, has hired Morgan Stanley to run the process, persons say. Dresher, Pa.-based Ascensus provides retirement plan services, like record keeping and administration, for businesses. The company produces about $25 million to $35 million EBITDA, one banker says.

Ascensus is expected to fetch more than $300 million, another source says. The company has highly recurring revenue so it would be able to finance a deal well, the first source says.

Ascensus is seen attracting interest from strategics as well as PE firms. This could include GTCR, TPG, Hellman & Friedman and Lindsay Goldberg, sources say. However, the first banking source noted that Ascensus has been up for sale for “several months. Sounds like it may not be flying off the shelf right now.”

J.C. Flowers is the PE firm founded by J. Christopher Flowers, the former Goldman Sachs executive who was once considered the most successful investment banker ever. J.C. Flowers, the firm, invests in financial services companies.

J.C. Flowers is known for his takeover of Long-Term Credit Bank of Japan (now called Shinsei Bank) in 2000. The acquisition is considered the most profitable PE deal ever. In 2008, Flowers personally acquired the First National Bank of Cainsville in Missouri (now called Flowers National Bank). His PE firm, JC Flowers & Co., led an investor group to acquire IndyMac Bank in California in 2009.

Flowers ownership of Ascensus dates back to 2007 when the company was known as Bisys. In 2007, Citi acquired Bisys, a financial services outsourcing firm, for $1.45 billion in cash. As part of the deal, Citi agreed to sell the insurance and retirement services divisions to Flowers in a move that reduced the transaction price to $800 million. The Bisys Retirement unit operated as a unit of Crump Group, which was a Flowers portfolio company. In late 2007, Bisys Retirement Services changed its name to Ascensus, which means “moving upward” in Latin.

In February, Flowers agreed to sell Crump’s life and property and casualty insurance operating divisions to BB&T Corp. for $570 million cash. The sale did not include Ascensus.

Officials for Flowers, Morgan Stanley, Ascensus and Crump couldn’t be reached for comment.