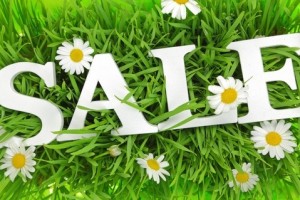 NDAs were sent to parties who had spent time with Ascensus recently, who had been aggressive “getting in front” of the company, or who were active in the sale of the company three years ago, a source said.

The sponsor is not targeting strategics for its auction of Ascensus, the source said. Instead, likely bidders include large-cap sponsors such as Kohlberg Kravis Roberts & Co, Blackstone Group, Carlyle Group, Advent International and TPG Capital, persons said.

“Teasers are out,” one of the sources, a banker, said. It’s unclear when first round bids are due.

The auction is serving as a “backstop” to a possible IPO for Ascensus, the first source said. The new issues market is “robust” and Ascensus is “more than IPO ready,” the person said. If J.C. Flowers & Co chooses to go with an IPO, the offering will likely come in September or October, the source said.

In May, PE HUB reported that J.C. Flowers & Co was considering a range of options for Ascensus, including an IPO, a sale or a recap. Ascensus may also choose to pursue a dual track process, where it seeks a buyer and makes arrangements for an IPO at the same time.

“From where we sit today, an IPO represents a more compelling value,” the source said.

J.C. Flowers & Co has also gotten most of its money back from Ascensus, the person said. In January, Ascensus paid out a $100 million dividend to its owners.

Fund IV
The sale comes as J.C. Flowers is out fundraising. It’s not clear how much the financial services-focused firm is targeting for its latest fund. The firm raised $7 billion in 2006 for its second pool. Its third fund ended up at $2.32 billion in 2009, well short of its initial $7 billion target.

JC Flowers II is generating a -13.8 percent IRR and 0.44x total value multiple as of Sept. 30, according to performance data from the Oregon Public Employees Retirement Fund. Performance data for Fund III was not available.

The firm’s “reputation was really damaged by the performance of the 2006 fund,” a placement agent said.

This is isn’t the first time Ascensus has been on the block. J.C. Flowers & Co put the company up for sale in 2012, hiring Morgan Stanley to find a buyer. The company at the time had $25 million to $35 million EBITDA and was expected to sell for more than $300 million. The firm pulled the process after strategics failed to bid.