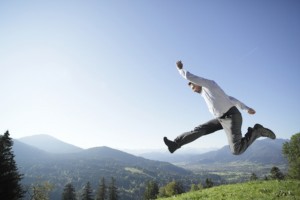 JPMorgan Chase’s private equity investment group One Equity Partners has finally found a path to spinning out on its own.

Secondary specialist Lexington Partners and The Carlyle Group’s fund of funds AlpInvest Partners have agreed to acquire JPMorgan Chase’s interest in about 50 percent of the portfolio companies held by One Equity Partners, the bank announced on Aug. 11.

The bank did not disclose terms of the deal.

At completion of the deal, the One Equity team will form a new firm independent of JPMorgan Chase called OEP Capital Advisors. OEP Capital will manage the portfolio being sold and the assets being retained by JPMorgan Chase, the bank said in a statement.

A portion of the capital in the deal will be used to commit to a new fund OEP Capital will raise, which could hit the market early next year, according to a person with knowledge of the transaction. JPMorgan Chase did not comment beyond the release.

JPMorgan Chase had been shopping One Equity since at least November and earlier this year decided to pull back on its auction of the private equity group, sources told peHUB at the time. The auction stalled after the bank increased its asking price, one source said.

“The bid/ask spread has widened dramatically,” said the source, a secondary market professional. “It’s hard to imagine someone stretching to that level. There’s a lot of disappointed buyers.”

JPMorgan Chase had decided in July 2013 to spin off the group because it was not core. JPMorgan Chase was not selling the business because of regulatory pressure: One Equity would not be affected by the Dodd-Frank financial reform law, which restricts the ability of bank holding companies to own and operate private equity groups, Reuters reported in the past.

One Equity was formed in 2001 by Dick Cashin, who leads the group. The firm was originally part of Bank One Corp, the banking company that Jamie Dimon ran before JPMorgan Chase acquired that Chicago based bank in 2004. Since then, One Equity has managed about $14 billion in total investments and committed capital for JPMorgan Chase.

The bank shed its other private equity groups over the years. JPMorgan Partners spun out into independent firm CCMP Capital Partners. Corsair Capital, which the bank formed in 1993 to invest in opportunities created by the savings and loan crisis, spun out in 2006.