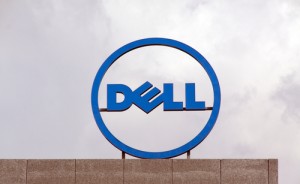 Divesting these assets would help Dell bolster its balance sheet after it agreed in October to buy data storage company EMC Corp (EMC.N) for $67 billion. That deal is expected to close by October 2016, subject to approval by EMC shareholders.

The three private equity firms are vying for Dell’s Quest Software, which helps with information technology management, as well as SonicWall, an e-mail encryption and data security provider, the people said this week.

Quest Software and SonicWall are each worth around $2 billion, the people said. Goldman Sachs Group Inc (GS.N) is advising Dell on their potential sale, the people added.

Dell is also working with Citigroup Inc (C.N) on the sale of IT services company Perot Systems, which could be valued at between $5 billion and $6 billion, the people said. Dell is marketing Perot Systems to large companies in the business services industry in the United States and abroad, the people added.

The sources asked not to be identified because the deliberations are confidential. Representatives from Vista Equity, Thoma Bravo and Goldman Sachs did not immediately respond to a request for comment. Dell, Citi and KKR declined to comment.

The asset sales would help reduce the $49.5 billion of debt Dell will assume once the merger with EMC is completed. It has said it will focus on reducing its debt during the first 18 to 24 months after the merger with EMC to achieve an investment-grade credit rating.

Thoma Bravo took SonicWall private in a roughly $717 million deal in 2010 and sold it to Dell two years later.

Reuters reported last week that EMC, in a bid to boost shareholder support for its sale to Dell, will retain a majority stake in cloud services provider Virtustream and abandon a plan to place the money-losing company in a joint venture with VMware Inc (VMW.N).

The change is aimed at lifting VMware’s shares, whose decline in value puts the acquisition at risk because Dell was set to pay EMC shareholders $24.05 per share in cash and a special stock that tracks the common shares of VMware. VMware is a virtualization software maker majority-owned by EMC, and is seen as one of the company’s most important assets.