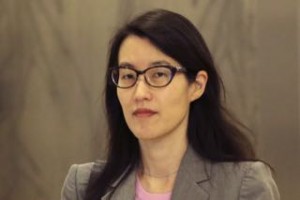 SAN FRANCISCO, March 5 (Reuters) – Former venture capitalist Ellen Pao could take the stand as early as Thursday in her gender discrimination lawsuit against her previous employer Kleiner Perkins Caufield & Byers, giving testimony that will likely make or break the case.

Questioning Pao provides the best opportunity for each side to clinch their arguments, but it is also extremely risky, according to employment law attorneys following the trial.

The lawsuit, which the former Kleiner Perkins partner filed in 2012 against the venture capital firm, has helped spark a broad and ongoing discussion about sexism in Silicon Valley.

To win, Pao needs “to come across as extra-capable,” said Kathleen Lucas, a San Francisco attorney who represents employees. “I don’t think she necessarily has to be likeable.”

Pao’s lawyers, Alan Exelrod and Therese Lawless, have likely spent many hours preparing their client for her testimony. And after several days of deposition with Kleiner’s attorney, Lynne Hermle, Pao has had a chance to learn Hermle’s style of questioning.

The tough-talking Hermle must make the point through her questions that Pao lacked the chops to move ahead while not coming on so harshly that she alienates the jury.

For her part, Pao must show enough vulnerability so jurors sympathize with her, but not so much that she loses gravitas, said Mark Schickman, a San Francisco attorney who primarily represents companies.

“She’s really claiming that she can be in the rough and tumble at the highest level, so she can’t break down too easily,” Schickman said.

So far, Kleiner’s case has tried to tread a fine line between acknowledging that Pao excelled in some areas, such as critical thinking, and arguing that she lacked the leadership and interpersonal skills needed to advance at the firm.

In her lawsuit Pao, now interim chief executive at social news service Reddit, said her standing at Kleiner deteriorated after she ended a brief affair with another partner who later left the firm. Her career was sidelined after he and the firm started retaliating against her, her lawyers have argued.

But some witnesses, including partner and onetime mentor John Doerr, have said her lack of advancement stemmed from her subpar performance, not discrimination or retaliation.