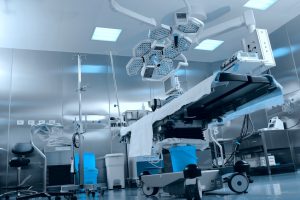 Only two years into its investment, Kohlberg & Co is evaluating the sale of SpecialtyCare, an outsourced provider of intraoperative neuromonitoring and other operating room services, according to three sources.

The sales process is being conducted by Harris Williams, two of the people said. The auction is well underway, with bids from private equity firms submitted last week, one of the people added.

It is unclear if strategic buyers are in the mix; however, a fourth source characterized SpecialtyCare as a private equity play.

Financial terms of the transaction weren’t publicly disclosed, but one of the sources said the deal valued SpecialtyCare at around $450 million, or approximately 9x Ebitda.

The company delivers care to more than 1,100 hospitals and health systems, with more than 1,700 clinicians supporting more than 400,000 procedures annually.

While a dominant player in a niche market, the questions facing buyers are largely around remaining runways for growth, two sources said.

In connection with Kohlberg’s 2017 investment, the company’s chief medical officer at the time, Sam Weinsten, was named CEO. Marvin Hall, the former CEO of Press Ganey, was named chairman after about three years at the helm.

SpecialtyCare supported growth through M&A over the years, most recently acquiring Atlanta’s Neuropath in April. Under American Securities’ ownership, SpecialtyCare made four acquisitions.

Other providers of outsourced medical services exploring a sale include Brown Brothers Harriman-backed American Physician Partners, which provides outsourced emergency department and management services to surgical hospitals. Buyouts reported in September the company was fielding first round bids in its Moelis– and Brentwood Capital Advisors-run auction.

For Kohlberg, recent healthcare-related deals include its victory for Mason Wells’ Nelipak Healthcare Packaging earlier this year. Financial terms weren’t disclosed, but sources placed its value within the $575 million to $600 million range.