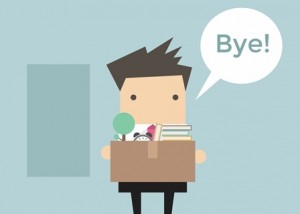 Jason Gurandiano, the lead Deutsche Bank banker handling J.C. Flowers & Co’s sale of Ascensus Inc, has quit, several sources said. However, the departure is not expected to delay the sale, which is now being handled by other members of the Deutsche Bank deal team, the sources said.

Gurandiano, who was head of financial technology banking at DB, left the investment bank in late July, persons said. He worked at Deutsche Bank for nearly 10 years, his LinkedIn page said, and reported to Chris Colpitts, who is DB’s global head of technology investment banking.

It is unclear why Gurandiano left, but a second PE source chalked it up to “internal politics.”

“Fantastic banker with a huge revenue base,” the source said. “It’s a big loss for DB.”

Flowers put Ascensus up for sale in May, seeking bids of $1 billion. It hired Deutsche Bank to find a buyer.

Large PE firms have dominated the auction. With the auction heading into the final round, many bidders have dropped out, several sources said. Final bids for Ascensus are due this week, one banking source said, while a different banker said offers were due sometime soon.

Advent International is still vying for Ascensus, the first banker said. The Carlyle Group was “looking very closely,” but it is unclear if it is still in the mix, the source said. The status of Genstar Capital is also unknown.

The proposed sale comes as Flowers is reportedly considering restructuring its 2006 fund. New York-based Flowers wants to extend the life of the pool and possibly get cash out, Bloomberg News reported.

The PE firm raised $7 billion in 2006 for its second pool. Its third fund ended up at $2.32 billion in 2009, well short of its initial $7 billion target. JC Flowers II is generating a -13.1 percent IRR and 0.43x total value multiple as of March 3, according to the Oregon Public Employees Retirement Fund. Performance data for Fund III was not available.

Executives for Ascensus, Deutsche Bank and Advent declined comment. Flowers, Carlyle and Genstar could not immediately be reached for comment.