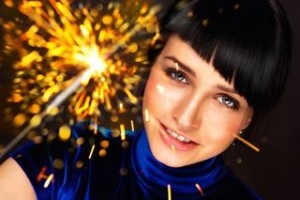 A high-profile sexual discrimination trial happening right now pitting Ellen Pao against her former employer, Kleiner Perkins Caufield & Byers, has turned a spotlight on what many believe is a culture of sexism in Silicon Valley.

With this trial as a backdrop, I attended a panel called “Bridging the Gender Gap: Women in PE/VC” last week at Columbia Business School’s annual Private Equity & Venture Capital Conference. I was hoping to get some perspective on why more women aren’t joining venture capital firms or being promoted into the upper ranks at private equity firms.

Instead, executives on the panel spent a lot of time trying to paint a reality where women are judged on their work and not on their gender. That’s the way it should be, of course, but, according to the numbers, it’s not an accurate portrayal of real life. Women aren’t getting opportunities to be judged on their work. They’re not even making it into venture firms, and they’re not climbing the ranks at private equity firms.

Look at the numbers: A study from Babson College published in September revealed the number of women partners at venture firms had dropped to 6 percent from 10 percent in 1999. The same study also showed women-led businesses have a much harder time getting venture funding.

A new study from Preqin said this year almost 15 percent of senior roles at venture firms were held by women (up from 11.2 percent in 2014), but only 10.5 percent at buyout firms.

And a study earlier this year of limited partner sentiment conducted by Coller Capital showed a majority of LP respondents did not believe more senior-level women at private equity firms would result in better returns.

These findings don’t paint a very promising picture of the future of gender inclusion in the industry.

I was hoping to hear from the women on the panel about their own experiences overcoming lack of diversity through their careers, but it seemed like panelists were reluctant to delve too far into the issue.

It’s a tough issue to talk about (it’s tough for me to write about), but open, honest discourse is what’s needed. We need frank discussions about what is wrong and what to do about it.

This is even more important at events like the Columbia conference attended by young women graduate students to know what it’s going to take to break into the Old Boy’s Club and hopefully change things for the better.