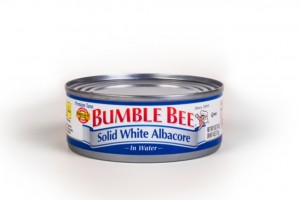 Lion Capital expects to make more than 4.5x its investment with the sale of Bumble Bee Seafoods, according to a memo obtained by peHUB.

The sale of Bumble Bee is anticipated to generate about $440 million in expected proceeds and implies a near 40 percent IRR, the Dec. 18 communication from Kelly Mayer, a Lion partner, to LPs, said. The sale to Thai Union Frozen Products represents a 10.5x multiple, Mayer said.

“With respect to earnings development under our ownership, Bumble Bee maintained and grew gross margins through disciplined pricing actions, leading to adjusted EBITDA climbing to over $150 million this year, the highest level of EBITDA in the company’s history,” Mayer said in the memo.

Lion, a London private equity firm, acquired a majority stake in Bumble Bee in 2010 for $980 million or about 7.5x EBITDA, peHUB has learned. The PE firm invested about $150 million equity and, a year later, got back roughly one-third when Bumble Bee paid out a distribution to shareholders.

Bumble Bee went up for sale earlier this year. The auction attracted the interest of several PE firms as well as strategics Mitsubishi Corp., Hormel Foods Corp., Post Holdings and Thai Union, Bloomberg News reported. Thai Union, which owns rival Chicken of the Sea, won the process because it had the highest bid, peHUB has learned.

The PE firm used its third buyout fund, Lion Capital III LP, to acquire Bumble Bee. The seafood company was Lion’s first U.S.-only transaction and is the first exit for Fund III, which collected 1.6 billion euros in 2010. The pool is generating an average IRR of 21.23 percent and a 1.59x average multiple, according to data provider Bison.

Fund III is about two-thirds committed. Lion Capital is reportedly expected to launch marketing for its fourth fund in 2015. It’s unclear how much the firm will seek to raise.