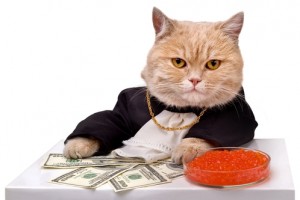 The lack of M&A is a concern to some LPs. And to others, it’s not–thanks in part to dividend recaps.

Last week, I reported that global M&A markets had produced one of its slowest weeks all year. There were just 419 announced mergers from May 27 to June 1, valued at $38.9 billion. The number of deals was the lowest so far in 2012, according to Thomson Reuters.

“People have been surprised that M&A has been so slow this year,” the first LP says. The second half of 2012 is expected to be busier, says the exec, who hopes that distributions will improve with it.

Price expectations are out of whack, both LPs say. Last year, many PE firms sold some of their best companies at relatively high valuations, the first source says. Now PE firms are holding on to their assets, which could generate 2x – 2.25x invested capital if sold, in the hopes of getting 2.5x- 3x. “This is a big mistake,” the first LP says. Funds that could sell a company now for 2x should do it, the exec says. It isn’t worth holding on for another 1/2 turn, the LP says. “It’s not like you will go from 2x to 5x by waiting a year,” the source says.

Why the need to sell? “LPs are pretty full of PE and they need the distributions so they can do new funds,” the first source says.

But a third LP is reporting a wildly different experience these past few months. In May, the LP received about 45 distributions, or about 4.5% of the April 30 equity value of the firm’s portfolio. “If that kept up about 53% of our portfolio would be gone in a year,” the source says.

The third LP wouldn’t say how many of the distributions were generated from M&A. Most, though, weren’t recaps.

April was similarly fortuitous for this LP. The source received about 50 distributions. The third LP said that an “unusually large number” of them were recaps. “It’s nice as an equity investor to take money off the table without necessarily selling,” the source says.

Some GPs are doing recaps in the hopes of selling later, the third LP says. In at least one instance, a PE firm told this source they were looking to sell a company and that an auction process would likely take two to three quarters. So they decided to leverage the company and distribute the additional cash to investors. If the company does sell later this year, most of the proceeds would be used to repay debt, the LP says. “The company won’t produce much of an additional check to LPs,” the source says.

GPs, the source says, are acknowledging that a strong credit market is allowing them to recap companies. “We started to scratch our heads and wonder if lenders were getting much too aggressive,” the third LP says.