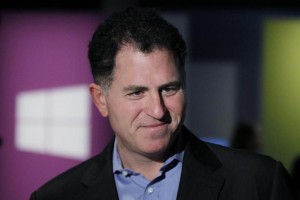 Michael Dell clinched shareholder approval on Thursday for his $25 billion offer to buy and take Dell Inc. private, ending months of conflict with the company’s largest investors and removing the uncertainty surrounding the world’s No. 3 PC maker.

Shareholders cast their votes at a special meeting on Thursday morning in Austin, Texas. Based on preliminary results, the buyout won their go-ahead and the deal is expected to close before the end of Dell’s fiscal third quarter.

The company’s pace of internal transformation should now quicken. Sealing the deal should also assuage customers who have grown wary of the company’s direction during a very public battle that pit major Wall Street players Carl Icahn, Southeastern Asset Management and T. Rowe Price against the CEO.

“Once the deal is consummated, they can move on and close some of the large infrastructure deals they’ve been working on. I do think there’s been a bit of a pause,” said Cross Research analyst Shannon Cross.

Dell, who founded the company from a college dorm-room in 1984, and partner Silver Lake fought for months to convince skeptical investors his offer was the best option. This week, he gained the upper hand after Mr. Icahn, one of his staunchest opponents,
bowed out of the conflict because he said it was “impossible to win.”

Michael Dell has argued that revamping his company into a provider of enterprise computing services in the mold of IBM is a complex undertaking best performed outside the spotlight of public markets. It remains to be seen if Dell can build its storage, networking and software portfolios to vie with Hewlett Packard Co. and others. Some analysts think it may be too late, since a large swathe of the corporate market has been locked up by IBM and HP.

But with the PC market expected to shrink again in 2013, investors say the company has little choice.

Asoka Kodali, a stockholder from Austin who owns 3,000 shares, said he voted for the Michael Dell-Silver Lake buyout even though he would lose money.

“I don’t like the offer but I voted for it this time as I don’t see a future for Dell as a public company,” he said before the voting began. “Instead of having my money blocked there, I would rather take the loss and use it offset other (stock) gains.”

Dell Inc. in recent years has become one of the more prominent victims of PC market erosion from mobile devices like Apple Inc’s iPad. Its fortunes remain closely tied to sales of the venerable personal computer, despite $13 billion in acquisitions since 2008 to expand into everything from software to networking. PC sales, which have been shrinking for the last three years, still yield half of its revenue.

Global PC sales are expected to fall 7 percent this year and 4.5 percent next year, according to analysts at CLSA. Dell’s own revenue is projected to shrink every year through 2016, according to Boston Consulting Group, the firm hired by Dell’s board to review the buyout offer.

Voting on the buyout had been postponed three times as Michael Dell and the company’s board scrambled to garner enough votes. But on Aug. 2, Michael Dell raised his offer price, tacked on a special-dividend sweetener, and got the board to change voting rules so that abstentions no longer count against him, turning the tide in the CEO’s favor.

A change in the record date by more than two months was also seen as enfranchising so-called arbitrage investors-hedge funds that bought Dell stock more recently to earn a few cents per share, and would thus be more likely to support the buyout.

The current agreement before shareholders includes a 13 cent special dividend on top of a 10-cent increase in the sale price to $13.75 a share.

Vince Dungan, a shareholder from Elgin, Texas, said he voted against the deal as he will swallow a loss if he takes the offer. Dungan said he bought Dell shares in the $55-$65 range and would lose about $25,000 if the buyout goes through.

“If Michael Dell can turn it around as a private company, why can’t he do it as a public company?” Dungan asked.