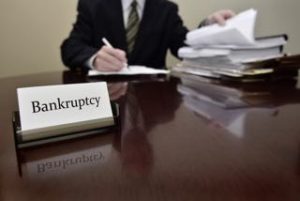 A portfolio company of Monomoy Capital Partners, which is in the market raising its third fund, has agreed to go through a pre-negotiated bankruptcy process to restructure its debt.

EveryWare Global Inc, which markets tabletop and food-preparation products for consumers and food service providers, agreed with some lenders on the pre-packaged bankruptcy. A “pre-packaged bankruptcy” is a plan reached before a company actually files for bankruptcy protection in court, with hopes of expediting the process.

EveryWare has a total of $248.6 million of term loans outstanding, which would be canceled and converted into up to 96 percent of outstanding, new common stock.

It’s not clear if EveryWare Global, which has been listed on the Nasdaq, will be a total wipeout for Monomoy. The firm invested an additional $20 million in the company last year.

Erica Bartsch, a spokeswoman for Monomoy, declined to comment.

Monomoy, based in New York, first invested in EveryWare when it boughtAnchor Hocking Glassware Inc out of bankruptcy in 2007.

Monomoy in 2011 acquired Oneida, a supplier of flatware and dinnerware for the food services market, with plans for the company to work with Anchor Hocking “to provide the marketplace a complete tabletop solution,” the firm said in a statement. It’s not clear how much Monomoy paid to acquire Oneida.

In 2012, Monomoy merged Oneida and Anchor Hocking and created EveryWare Global and took it public. EveryWare Global priced at $10 a share. The stock was trading at 19 cents a share at the close of market on Monday, April 6, 2015.

Monomoy filed fundraising documents with the SEC in December showing it is targeting $650 million for its third fund. Monomoy Capital Partners II, a $400 million 2011 vintage, boasted a 74.6 percent net IRR and 2x investment multiple as of Sept. 30, according to the California Public Employees’ Retirement System.