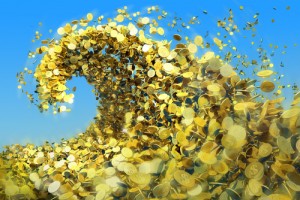 During the first half of 2012, dividend recaps were a popular way for PE firms to get value out of their portfolio companies, Moody’s Investors Service says.

This likely won’t change for the rest of the year. Moody’s estimates that there have been at least 35 debt-financed dividend recaps so far this year (through June). These transactions were worth more than $11 billion among companies controlled by PE firms, according to the Moody’s report, “Sponsors Extracting More Dividends, But at Leverage Below Boom-Era Peaks.”

HCA also came through with a $1 billion special dividend in February (that’s on top of three dividends totaling $4.35 billion that HCA has previously paid shareholders). HCA, in case anyone has forgotten, was acquired by an investor group– comprised of Bain Capital, Kohlberg Kravis Roberts & Co., Merrill Lynch Global Private Equity (now BAML Capital Partners), and affiliates of HCA founder Dr. Thomas Frist—in November 2006 for about $33 billion. Moody’s estimates that HCA has paid out $6.7 billion in dividends and share repurchases.

The strong credit markets earlier this year combined with slowing M&A, and the lack of access to the IPOs, drove PE firms to seek out ways extract value, Moody’s says. Many PE firms think their portfolio companies are under leveraged, the report says. The firms believe they put in too much equity for deals after the 2008 credit crunch. Now, there’s room to boost leverage, Moody’s says.

While dividend recaps have slowed in June, Moody’s thinks they will remain a popular tool for PE firms for the rest of 2012. “We expect [dividend recaps] to continue to be the prevalent way for PE firms to extract cash from their portfolio companies,” says Lenny Ajzenman, SVP of Moody’s corporate finance group.

One notable event occurred yesterday. Moody’s put Booz Allen under review for possible downgrade. This came after the company announced it was considering a possible refinancing that would add another $790 million in debt to its balance sheet. Booz Allen plans to use that debt, plus about $260 million cash, to fund a $1 billion special dividend to shareholders, Moody’s says. Booz Allen is backed by the Carlyle Group.

“We’ll see what this bodes for the rest of the year,” Ajzenmann says.