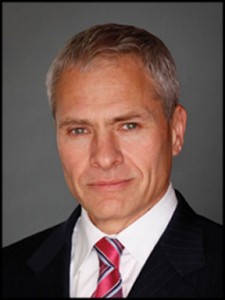 ”It’s a real problem. These guys are trained first as investment banking analysts, or maybe they were at a bank doing lending underwriting,” said Solomon, who appeared on a panel during the Buyouts Texas conference in December to discuss the topic. In an interview, he elaborated: “Typically a good investor is cynical; they don’t trust immediately. The glass is half empty.”

It is not even necessarily the case that a seller is intentionally misstating the facts, but CEOs, especially those who have come up through the sales ranks, tend to be inherently optimistic, Solomon said. An executive may truly believe the company will generate $20 million of EBITDA or that the company’s environmental risks are negligible, but a buyout pro may rightly be skeptical of such claims.

Even so, the successful dealmaker will seek first to develop a personal connection with the management team, said Solomon, who recommended the books of Daniel Goleman, who has written extensively on emotional intelligence and related topics. All too often, Solomon has seen prospective buyers asking about inventory turns in the first 10 minutes of a meeting, before establishing any kind of rapport with the sellers, he said. “Oftentimes there is a mismatch between the emotional IQ of the private equity guy and the task of connecting with management.”

A bidder can gain an invaluable edge simply by expressing enthusiasm for a deal, letting the banker know that he has a “fire in the belly” to complete the transaction. Such an attitude won’t carry the day if the bidder is not in the ballpark on the financial details, but it could make all the difference when pricing is close, as many deals these days are, even in the middle market.

“The person with the most and best information wins, usually,” Solomon said. “It’s mostly about reading between the lines.”