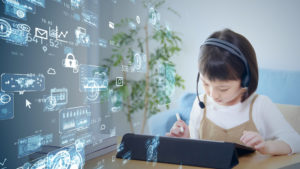 Certica is being acquired by Instructure, the parent company of Canvas LMS that was taken private by Thoma Bravo for nearly $2 billion earlier this year.

Financial terms were not disclosed, however Certica’s earnings more than tripled in less than five years, New Harbor said in an announcement.

Certica, whose tech platform provides a foundation for standards-based learning and assessment, as well as teacher data literacy at K-12 schools, inked six acquisitions under New Harbor. The business during that time entered adjacent market segments, while it also grew through product development, leadership team structure and its go-to market strategy.

For New Harbor, the deal follows its early December sale of Wedgewood Pharmacy, one of the largest providers of compounded animal medications for acute and chronic conditions in the country.

The buyer was Partners Group – marking the Swiss firm’s latest push into the US healthcare industry following a pair of deals in 2019.

While financial terms weren’t disclosed and both firms declined to comment, sources earlier this month estimated the deal’s value around $700 million, based upon EBITDA around $40 million to $45 million.

According to New Harbor’s announcement, Wedgewood nearly tripled in revenues in less than five years. The business works with 66,000 veterinarians and serves more than 360,000 pet parents annually.

Partners, for its part, is an experienced investor in animal healthcare, whose reputation for being one of the most recession resilient firms has only been proven out through the pandemic.

The firm invested in Blue River Pet Care in 2019 in a deal valuing the Chicago veterinary hospital operator between $440 million and $500 million, PE Hub wrote at the time.

New Harbor, which invests in lower-mid-market, founder-owned businesses across healthcare, education and technology-enabled services, has remained active through the pandemic.

In 2020, the firm completed two new platform investments and has three platforms pending, which are expected to close in early 2021, New Harbor told PE Hub.

In portfolio activity, New Harbor closed 12 add-ons, including three it characterized as large-scale. Three portfolio companies, including Certica and Wedgewood, have been sold, while a fourth exit is currently under LOI, the firm said.