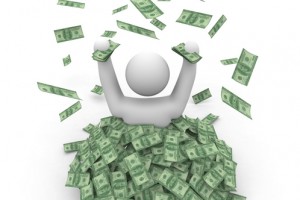 For New Mountain Capital, good things come to those who wait seven years.

Fellow buyout shop Thoma Bravo announced today that it has agreed to buy Deltek, a provider of enterprise software and information solutions, in a take-private deal valued at $1.1 billion. The transaction is expected to close in the fourth quarter.

While it’s unclear how well New Mountain did on the deal, the PE firm will easily make back more than the $220 million in total that it invested.

The pending sale represents the end of a relatively long hold for New Mountain, which acquired the company in April 2005. New Mountain initially invested $180 million, including $75 million in debt, in Deltek, according to SEC filings. The investment came from New Mountain’s second fund, which collected $1.55 billion in 2004.

Deltek refinanced in 2006, enabling New Mountain to recoup the debt portion of its investment, peHUB has learned. In 2007, Deltek went public at $18 a share. New Mountain sold a small chunk of its holdings, about 3.8 million shares, in the IPO, SEC filings indicate. The PE firms appears to have received about $69 million from the sale of shares. After the offering, New Mountain owned a roughly 58% stake.

Private equity firms typically don’t sell many shares when a portfolio company goes public. They usually cash out via secondary offerings. New Mountain, however, doesn’t appear to have sold any Deltek shares in the past five years, SEC filing show. In fact, New Mountain invested another $46.7 million in connection with a 2009 subscription rights offering that boosted the firm’s stake to more than 60%.

Under New Mountain’s ownership, cash flow tripled while the size of the company doubled, I’m told. Deltek employs about 1,600 people and produces annual revenue of $341 million, according to Dealbook. The company has about $152.2 million in long-term debt as of June 30, according to SEC filing. Deltek also has cash and cash equivalents, as of June 30, of $41 million.