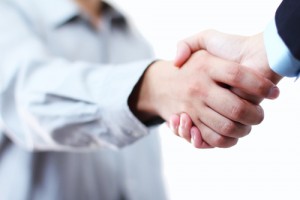 For several years now, General Catalyst, the Cambridge, Mass.-based investment firm, has been seeking out executives who have run large companies in order to establish what’s become its executive-in-residence (EIR) program. The idea is to connect grizzled veterans who might be looking for a new challenge with middle-market companies that are growing but could be growing far more quickly.

The plan is fairly straightforward. The seasoned executives, with the help of support staff at General Catalyst, select the companies they want to help scale, usually after poring over possibilities for a year or so. Afterward, they co-invest an undisclosed amount of money in the company alongside General Catalyst. In return, the EIRs receive equity based on how big an impact they make.

The program is working, says General Catalyst, which today announced the sale of its stake in 8-year-old, Austin-based energy management company CLEAResult to the private equity firm General Atlantic.

General Catalyst isn’t disclosing financial details, but managing director Brian Shortsleeve told peHUB that executive-in-residence Paul Verrochi had identified CLEAResult as a promising target back in 2010. Soon after, Verrochi and General Catalyst took a majority stake in the company, and Verrochi was installed as the company’s chairman. At the time, CLEAResult had 300 employees and was working with utilities companies in 15 states. Today, CLEAResult has 1,100 employees and works with utilities companies in 27 states and two Canadian provinces.

Many are involved with General Catalyst companies at the moment. Earlier this year, for example, Baker led his first investment as an EIR, investing alongside General Catalyst in a $17 million financing of the Lousiana-based company Oceans Healthcare. Baker now serves as chairman.

Gierkink, meanwhile, has done much to scale Datalogix, a company created in 2009 when General Catalyst and Gierkink recapitalized a marketing and analytics company formerly called NextAction. Shortsleeve says that in Gierkink’s capacity as an “actively involved” chairman of the company, the business has grown 400 percent in the last three and half years and is positioned for what should eventually be a “very successful investment for us and for its management team.”

Asked about General Catalyst’s time horizon for its EIR-led deals, Shortsleeve says the firm considers an exit within five years of its investment as ideal.

He added that General Catalyst now tracks EIR candidates “almost as actively as we track deals” and has a goal of adding two to three executives into the program each year.