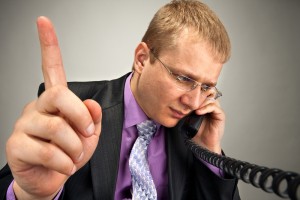 It’s shaping up to be a busy summer for Lincolnshire Management.

A week after announcing its first acquisition in a year, the New York firm is announcing another deal. Lincolnshire has bought PADI Worldwide Corp., a Rancho Santa Margarita, Calif.-scuba training company, from Seidler Equity Partners, managing director Kate Lehman told Buyouts. The firm is expected to announce the deal, which closed on Aug. 9, shortly.

Lehman and her colleagues liked the company because of its global presence and because of Lincolnshire’s experience with membership-supported organizations that provide training in the sports-and-recreation sector. The firm’s portfolio also includes aviation-training company Aerosim and The Alaska Club, a chain of fitness clubs in Alaska.

PADI Worldwide is the world’s largest trainer for scuba divers, Lehman said. The company has offices in the U.S. as well as Canada, Australia, the United Kingdom, Switzerland, Japan, Brazil and Russia, according to its Web site. The Lincolnshire team is hoping to help the company expand into Asia, Lehman said.

Lehman said the company’s performance remained strong in recent years despite the Great Recession, though she declined to discuss details of its financials.

“Scuba is a steady business, and we see growth coming out of Asia as well as with Generation Y” consumers, or those generally in their 20s and 30s, Lehman said. Lincolnshire will also help build out the company’s social media platform, she added.

Credit Suisse, which represented the sellers, brought the deal to Lincolnshire.

Lincolnshire is not releasing terms of the deal, though it typically backs companies with revenues of around $50 million to $500 million and operating cash flow of $5 million to $50 million. Ares Capital Corp., a business development company, is providing financing.

The announcement comes barely a week after the firm announced its acquisition of True Temper Sports Inc., a designer and manufacturer of golf club shafts and other sports equipment, which was Lincolnshire’s first acquisition since August 2011. As with that deal, Lincolnshire invested in PADI Worldwide via its fourth fund, which closed in late 2008 at $835 million. As of March 31, only 22 percent of that fund had been drawn down, according to data provider Preqin.

Executives at Seidler Equity were not immediately available to comment.