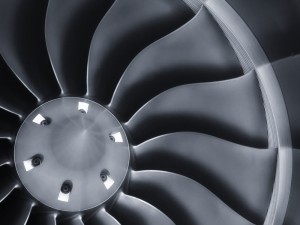 (Reuters) – Aluminum refiner Alcoa Inc expanded its aerospace business and took a step away from the light metal on Thursday, announcing a $2.85 billion deal to buy a company that makes jet engine parts, largely out of nickel-based alloys and titanium.

Only about 20 percent of Alcoa’s aerospace revenue came from aluminum by the end of 2013. With Thursday’s deal, the company expects that figure to fall to 17 percent, while aerospace accounts for a bigger share.

“When I think aluminum I still think Alcoa, but that does not contradict the very fact that we are building a lightweight metals innovation powerhouse,” Chief Executive Officer Klaus Kleinfeld told Reuters.

With operations around the world, Alcoa mines bauxite, refines it into alumina, smelts alumina to produce aluminum, and manufactures complex metal goods, from truck wheels to aircraft fuselages. As massive oversupply weighs on the price of less-processed aluminum, the company has been pushing to expand its higher-margin aerospace and automotive businesses.

The push to improve fuel economy in the automotive and aerospace industries has boosted aluminum and other light metals like titanium. Alcoa and rival Novelis won a significant victory in automotive earlier this year when Ford Motor Co unveiled a new aluminum-intensive F-150 truck.

With roots in the 19th century steel industry of Sheffield, England, Firth Rixson has operations in the United Kingdom, United States, continental Europe and China.

While aerospace is the biggest part of its business, it also has power generation, oil and gas, and mining segments. Asked whether Alcoa would exit any of those smaller businesses, Kleinfeld said it would not.

Alcoa said it had secured interim financing for the deal from Morgan Stanley and would issue “a prudent combination” of debt and equity-content securities.

It expects the takeover to raise its aerospace revenue by 20 percent, to some $4.8 billion a year. It sees no impact on earnings in the first year, and gains in the second year.

The deal value includes $2.35 billion in cash and $500 million of stock. There may also be a payment of as much as $150 million based on Firth Rixson’s performance.