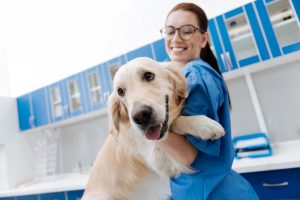 Oak Hill Capital Partners is getting back into the animal-health business.

The New York private equity firm claimed victory for VetCor, winning the Jefferies-run process for the veterinary-hospital-network. In connection with the recap, existing investors Harvest Partners and Cressey & Co reinvested alongside Oak Hill.

While terms weren’t disclosed, the sponsor-focused auction was anticipated to produce a valuation north of $1.5 billion, Buyouts reported.

Oak Hill Partner Brian Cherry said the theme-based firm has proactively targeted both vetcare and the non-healthcare pet arena for several years, having identified VetCor as an opportunity some time ago.

“This is a place we’ve been trying to deploy capital for a while,” Cherry said.

Cherry described the pet-health industry as resilient, having maintained about 3 percent to 5 percent organic growth even through past economic downturns.

VetCor is further compelling when one considers the opportunity to consolidate and professionalize a market in which more than 20,000 independent vetcare centers are operating, he said.

Cherry declined to comment on financial terms or the sales process, other than to say the auction was “competitive.”

The partner added that like Oak Hill, most competing sponsors around the asset were not healthcare-focused: “We viewed it through the lens of our experience as consumer and retail investors,” Cherry said.

Buyouts previously reported that Swedish PE shop Nordic Capital, which invests in healthcare and various other sectors, was among finalists in the process.

Nordic knows the sector well, having just exited European vetcare provider AniCura in an about €2 billion ($2.36 billion) deal, positioning it to make 7x its money.

Besides a theme-based approach to investing that gave Oak Hill the knowledge and means to pursue VetCor with conviction, Cherry said its platform of senior advisers served as a great resource.

Oak Hill tapped some of the execs involved from prior experience in the animal-health space, he said.

In 2009, the platform merged with Henry Schein’s U.S. animal-health business to form Butler Schein Animal Health, and Henry Schein assumed slight majority control of the distributor of animal health products. The PE firm in 2012 exited its remaining interest in full.

Oak Hill’s investment comes just about six months after KKR struck a deal for the even larger PetVet, which marked an exit for Ontario Teachers’ Pension Plan and minority investors including L Catterton.

The deal is being done through Oak Hill’s fourth fund, which collected $2.65 billion in July 2017.