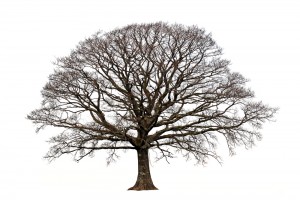 (Reuters) – Oaktree Capital Management , a private equity firm focused on debt investments, sold fewer shares than expected in an initial public offering that priced at the bottom of an expected range on Wednesday, an underwriter said.

The tepid response to the IPO raised concerns that investors have become wary of private equity manager flotations, including the upcoming offering from Carlyle Group LP, which boasts $147 billion in assets under management.

That wasn’t the only bad news for Oaktree. The $500 million IPO for portfolio company Aleris was delayed on Wednesday.

Oaktree’s offering represented about 6% of all the shares outstanding in the firm, giving it a valuation of $6.5 billion.

Oaktree’s IPO is viewed by some investors as a litmus test for Carlyle’s public offering. That firm is kicking off a road show next week, according to sources familiar with the situation, seeking a valuation of $7.5 billion to $8 billion.

Private equity firms have faced a rocky road, with public market investors struggling to value performance fees in their funds. Blackstone Group LP, the world’s largest private equity firm, has lost around half its market value since its IPO in 2007.

Oaktree first sold about 13% of itself to clients in 2004 and then sold 16% of itself for net proceeds of $944.2 million to outside institutional investors in 2007 in a private placement.

Proceeds from Oaktree’s IPO will be used to buy back so-called OCGH units, which represent economic interests in the Oaktree Operating Group. Oaktree co-founders Howard Marks and Bruce Karsh each own 15.6% of the total OCGH units.

Marks and Karsh are to be paid $101.9 million each from the next proceeds, according to an earlier regulatory filing by Oaktree. This will see them cut their ownership of OCGH units from 15.6% to 14 percent.

Marks, 65, and Karsh, 57, founded Los Angeles, Calif.-based Oaktree in 1995 with four other partners, all coming from asset manager TCW Group Inc. Marks and Karsh each had a net worth of $1.5 billion as of March 2012, according to Forbes magazine.

IPOs can be a lucrative way for founders to cash out on some on their ownership of their private equity firms. Blackstone’s co-founders, Stephen Schwarzman and Peter Peterson, earned a huge windfall from the firm’s IPO in 2007, pocketing more than $2.4 billion between them.

Carlyle has said its founders will not directly receive any of the proceeds. Shares of alternative asset managers have generally performed poorly since their listing, though they have been buoyed by the recent stock market rally.

Carlyle will join a handful of other major private equity firms that have gone public in recent years. KKR & Co LP transferred its listing from Amsterdam to New York in 2010. About 30 percent of its shares were listed in New York.

Apollo Global Management LLC, which has about 15% of its shares listed on the stock market, raised $382.4 million by issuing new shares in its IPO last year.

Oaktree’s IPO underwriters include Goldman Sachs and Morgan Stanley. Oaktree will begin trading on the New York Stock Exchange on Thursday under the ticker “OAK.”