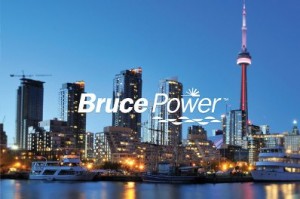 The province of Ontario extended its commitment to nuclear energy on Thursday, announcing a supply deal with Bruce Power under which the private nuclear generator will spend $13 billion to refurbish six reactors.

Canada’s most populous province said under the agreement, it will secure 6,300 megawatts of emissions-free capacity from Bruce Power, which is majority owned by TransCanada Corp and the Ontario Municipal Employees Retirement System Fund (OMERS).

The Bruce nuclear power station is one of the world’s largest. Located on the shores of Lake Huron more than 200 kilometers (124 miles) northwest of Toronto, it provides one-third of all the power in Ontario.

Bruce Power said the refurbishment of each unit would add 30-35 years to its operating life. Bruce Power will invest its own funds in the overhaul and take on the full risk of cost overruns.

The project’s start date was pushed back to 2020 from 2016, which the government said will maximize the value of existing units.

Under terms of the deal, Bruce Power will receive $65.73 per megawatt hour (MWh) from the start of 2016, a slight increase from its current price but much less than the $83/MWh average price of electricity in the province.

The average price over the life of the contract is estimated at $77/MWh, or 7.7 cents per kilowatt hour (kWh).

In connection with the new agreement, TransCanada will raise its stake in Bruce Power to 48.5 percent, paying $236 million to OMERS for the additional equity.

After the transaction, the pension fund will still own 48.5 percent, with the remainder held by the Power Workers’ Union, the Society of Energy Professionals and a Bruce Power employee trust.

Update: In a separate statement, OMERS announced that it will invest in the refurbishment of reactor units, as will the other backers of Bruce Power.