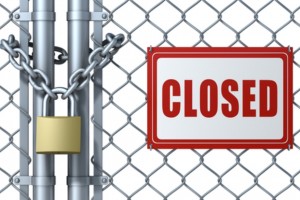 A recycled cardboard maker owned by OpenGate Capital has closed its Connecticut paper mill and still owes $1.85 million to the state for a loan made in 2013.

The paper mill, located in Versailles, Connecticut, has been owned by Fusion Paperboard, a portfolio company of OpenGate that was listed on the firm’s website as of last year, according to an Internet archive. (The company is no longer listed on OpenGate’s site.)

Fusion Paperboard’s website says it is winding down operations in Versailles because the “operation can no longer be sustained.” It’s not clear if the closing of the Versailles facility is indicative of the winding down of the entire investment or specific to the Connecticut facility.

Alanna Chaffin, a spokeswoman for OpenGate, did not respond to a request for comment.

Connecticut’s Department of Economic and Community Development extended a 10-year, $2 million loan at 3 percent interest in 2013 to Fusion Paperboard for repair to the company’s paper mill, according to James Watson, a spokesman for the state agency.

The state’s support was expected to allow the company to retain 147 employees and create 20 new jobs, for a total of 167 employees by 2016, Watson said. However, OpenGate ended up selling the equipment to another company it owns, according to several media reports from the summer.

Fusion Paperboard made $151,254.22 in payments on the loan until earlier this year, when it stopped, Watson said. The company was considered in default on the loan on September 19, he said.

“The department expects full repayment with all applicable penalties,” Watson said in a December 12 email. David Treadwell, another agency spokesman, said December 29 that the company has not yet made any further repayments on the loan.

OpenGate was formed in 2005 by Chief Executive Officer and Managing Partner Andrew Nikou, a former Platinum Equity executive. It made its name after it acquired TV Guide for $1, plus $50 million in assumed liabilities, in 2008.

The firm has been talking to limited partners about a debut fund that could target between $250 million and $350 million. It’s not clear if it has officially launched fundraising.

OpenGate created Fusion Paperboard in 2011 after acquiring two boxboard manufacturing subsidiaries from Cascades Inc in 2011, according to a statement from the firm at the time. The portfolio company consisted of the Versailles site and a facility in Hebron, Kentucky.

In 2009, the Versailles paper mill, under Cascades ownership, was fined $320,500 by the Occupational Safety and Health Administration for 52 alleged serious and repeat violations of safety standards, according to an OSHA statement at the time. It’s not clear if the company ended up paying the full fine.

“There is no excuse for employees to work in such conditions,” William Freeman, OSHA’s area director in Hartford at the time, said in the statement.