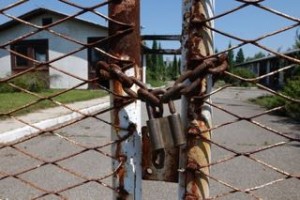 OpenGate Capital, which is out raising its debut fund, is shutting down portfolio company Hamilton Scientific, which makes equipment for laboratories, according to documents seen by Buyouts and sources close to the company.

The federal Worker Adjustment and Retraining Notification Act requires companies planning mass layoffs to inform employees 60 days before they lose their jobs. During the 60-day notice period, the company must continue to pay employees as usual, according to William Zillmer, who is rapid response coordinator in the Division of Employment and Training in the Wisconsin Department of Workforce Development.

However, Hamilton Scientific employees in Wisconsin have been “furloughed” through May 5, meaning they won’t work unless they are called in, sources said. Hamilton Scientific intends to pay employees once it gets funding together, according to sources. Zillmer said the company said it had to furlough employees because it couldn’t make payroll.

“The employer still owes its workers for the 60 days of wages,” Zillmer said in an email response to questions from Buyouts.

Fifty-five workers in Wisconsin were issued WARN Act notices, Zillmer said. The company is also laying off 67 employees at a facility in Texas, according to a media report from early March.

Hamilton Scientific is being liquidated, rather than restructured in a bankruptcy process, Zillmer said.

OpenGate acquired the company, which had been a unit within Thermo Fisher Scientific, in 2012 for about $13 million, sources said. It is unclear if the company’s closure is related to a May 2013 lawsuit filed by OpenGate against Thermo Fisher. That suit accuses Thermo Fisher of selling OpenGate a Mexican plant as part of the Hamilton Scientific deal without disclosing that adrug cartel was operating from the plant, Reuters reported. The current status of the lawsuit is unclear.

Several sources who spoke to Buyouts said they were not getting answers from the company on when they will get paychecks, how long benefits will last or even if their work-related expenses will be covered. “I can’t get information out of anyone,” said one of the sources close to the company.

A limited partner who has been in talks with OpenGate about fundraising said OpenGate is not losing money on Hamilton Scientific, but it also does not expect any increase in value. OpenGate, formed in 2005 by former Platinum Equity executive Andrew Nikou, has been in the market targeting $300 million for its debut fund.

OpenGate last year closed down recycled cardboard maker Fusion Paperboard. It’s not clear why OpenGate decided to close that business. Rather than take it through bankruptcy, the firm began selling assets, including some of its equipment to a portfolio company of Sun Capital Partners.