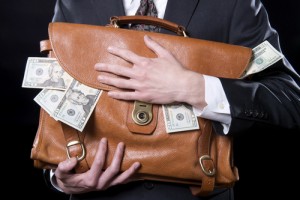 Oaktree Capital Management is going for a hat trick with Osmose Holdings.

Los Angeles-based Oaktree is selling two units—railroad and chemicals—owned by Osmose to Koppers Holding for $460 million. The deal, announced in April, left Osmose with its utilities services business.

Osmose is using proceeds of the sale to pay off $400 million in debt, according to Moody’s Investors Service. The company also is taking out a new $235 million loan, Moody’s said in a July 10 note.

Proceeds will be used to fund another distribution to Oaktree, Moody’s said. It looks like the dividend will come to roughly $295 million ($460 million – $400 million + $235 million) less any fees or taxes associated with the sale. The ratings agency did not give an estimate but Ben Nelson, an assistant VP at Moody’s and its lead analyst for Osmose, said the distribution is “significant.”

The expected dividend would be the third Oaktree has received from Osmose since the PE firm acquired the company in March 2012. Oaktree invested $189 million equity at the time, peHUB has reported. Osmose then paid out two dividends in the next 11 months that totaled $110 million.

Oaktree, including the $295 million distribution, will have received about $405 million from Osmose, or more than double its investment.

Oaktree, which specializes in investing in distressed companies, has about $86.2 billion in assets under management. This month, Oaktree hit the market with its seventh real estate fund targeting about $3 billion, less than a year after closing the prior fund, peHUB has reported.

Osmose is expected to have a more stable operating profile in the long term once it completes the sale of the railroad and chemicals businesses, Moody’s said. The chemical business that is being sold is tied to the cyclical housing industry, Moody’s said. “Expectations for more stable cash flows offset the modest increase in leverage and contraction of Osmose’s business profile following the company’s planned divestiture of two businesses,” Nelson said in the note.