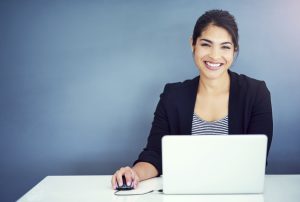 Kristina Heinze, a partner, at the firm, pointed to data showing gender-diverse companies deliver better returns. “We wanted a qualified, passionate individual,” Heinze said. “If we could find someone who fit the bill, with the skill set and intellectual capacity… all things being equal we wanted a woman.”

Private equity is not diverse. The percentage of women holding senior roles at buyout firms dropped for a second year in 2016, to 7.3 percent, Buyouts Insider reported in March. That’s down from 7.5 percent last year and 9 percent in 2014, Preqin said.

The reason often cited for the low number of senior female executives is that few women enter PE in junior positions. Buyout shops usually recruit nearly 90 percent of pre-MBA associates from investment banks and the rest from consulting, sources said.

Young bankers are overwhelmingly men. More than three-quarters, 77.5 percent, of Wall Street analysts (first-year bankers) were men, The New York Times reported in 2014. That level was flat with 2013, the story said.

ParkerGale faced obstacles with its objective. Launched in 2015, the firm lacked the internal HR base of a much larger firm like GTCR or Madison Dearborn, Heinze said. The firm opted not to use a recruiter. Instead, it posted a job ad on its website, LinkedIn and Twitter:

Upstart technology buyout fund ParkerGale is looking to add an enthusiastic, intellectually curious, humble Associate to its team. You must: be smart AND nice; live in or want to move to Chicago. You should: be “pre-MBA” as they say in the biz; love technology; make Excel sing; be employed at a PE fund already and have enough confidence to help build something great that you can someday call your own; already listen to the PEFunCast and know the theme song by heart. Please send resumes to careers@parkergale.com and feel free to write a cover letter good enough to actually read.

The unconventional ad drew about 100 resumes — but “we didn’t get any female applicants,” Heinze said. Some minority candidates applied but they were too junior, right out of undergrad, for the role, Heinze said.

ParkerGale thus switched strategy. “We believe we can find and hire, and importantly – train – elite candidates who are naturally bright and can excel in the job regardless if they didn’t come from an investment bank,” Heinze wrote in an email.

The firm’s partners – Heinze, Devin Mathews, Jim Milbery and Ryan Milligan – hit up their personal networks for candidates that didn’t fit the typical profile. Applicants for the ParkerGale pre-MBA associate position did not need two to three years in banking or consulting, Heinze said.

The change drew about a dozen applicants. One was Cass Gunderson, a senior associate in deal advisory at KPMG. When she met with Mathews and Heinze in October, Gunderson didn’t think she had a chance. She considered the informal lunch a “networking opportunity” where she could “pick the brains” of two seasoned PE executives. “I didn’t think anything would come of it,” she said.

ParkerGale had a different opinion. From the beginning, Gunderson stood out. During that lunch, her excitement and earnestness for the position were “palpable,” Heinze said.

Gunderson, who graduated from the University of Illinois with a bachelor of science degree in accountancy with honors and a minor in English, came armed with several years in deal advisory work at KPMG.

She could produce detailed income-statement and balance-sheet analysis, while assisting in quality-of-earnings calculations. And she did a summer internship at a PE firm.

Gunderson said, however, that she was not a “classic applicant” for a private equity firm. She’d never worked at an investment bank and had no experience in LBO modeling. Ironically, she turned down a job to work at Duff & Phelps after college that would’ve paid her much more money. She opted for KPMG because she “meshed more” with the people she interviewed with, Gunderson said.

ParkerGale ended up hiring Gunderson in late November. The modeling skills didn’t prove to be that much of a problem. “We sent her to boot camp,” Heinze said.

Danielle Strazzini, co-founder of recruiting firm BellCast Partners, commended ParkerGale for its openness and willingness to train someone “with a less traditional finance background.” Firms willing to train candidates can recruit from anywhere, even out of undergrad, she said in an email.

Many firms, however, don’t have the resources to train, she wrote. “Many of our clients want the work ethic and actual deal experience/perspective that comes with two to three years in banking, and that is difficult to get out of a short boot camp,” Strazzini said.

ParkerGale disagrees. It plans to follow the same route later this year when it hires its second pre-MBA associate, Heinze said.

Gunderson said she loves her job and would like other firms to open up their recruitment to nontraditional candidates. “You don’t have to sacrifice quality to add diversity to the table,” she said.