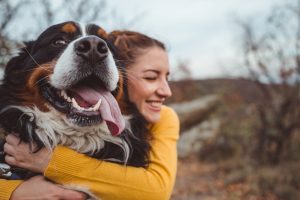 Marking its second U.S. healthcare bet of the year, Partners Group is investing in Blue River PetCare in a deal valuing the Chicago veterinary hospital operator between $440 million and $500 million, people familiar with the matter said.

Financial terms weren’t disclosed; however, Partners Group will take a majority equity stake in connection with the transaction, one of the people said. The transaction is valued between $440 million and $450 million, one person said, while a second person placed the valuation closer to $500 million.

Buyouts reported a week ago that the founder-run company was in the late stages of a Bank of America Merrill Lynch-run sales process. The process kicked off in early spring, one of the people said.

Blue River was marketed off of adjusted Ebitda north of $30 million, while trailing 12-month Ebitda lies in the upper $20 million-range, sources previously said.

Led by Co-founder and CEO Dan Blumenthal, Blue River owns and manages more than 90 veterinary hospitals and over 300 veterinarians across 23 states. The consolidator of vet hospitals was founded in 2009.

JAB, which invests on behalf of Germany’s Reimann family, bought National Veterinary Associates in a June transaction said to equate to a $5 billion-plus valuation. The deal marked an exit for investors Ares Management and OMERS Private Equity.

At an enterprise value of about $1.2 billion including post-closing tax benefits, the price tag marked a high-water mark for vet hospital transactions, topping the 17x to 19x range at which precedent transactions had traded.

For Partners Group, the investment is consistent with recent investment efforts in multisite healthcare businesses.

The global private equity firm in May invested in Confluent Health, a Louisville, Kentucky, provider of outpatient physical and occupational therapy services. The company operates 200 clinics that span 12 states.