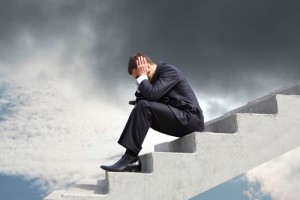 Second quarter was bad for private equity-backed M&A but not as bad as the beginning of the year, according to data from Preqin.

There were 705 PE-backed deals in second quarter, valued at $60.4 billion, Preqin says. Deal value jumped 37% from first quarter when 703 transactions totaled $44 billion. However, compared to the same time period last year, deal value actually plunged by more than a quarter, or 26%, while the number of deals fell nearly 9%. In Q2 2011, there were 772 deals totalling $81.7 billion, which Preqin says was a post-Lehman high.

“I don’t think we’ll see deal flow skyrocket [for the rest of the year], because there is a lot of turmoil in the [global] economy,” Carvalho told peHUB. But he pointed to the fact that PE-backed M&A in second quarter actually rebounded from a very weak Q1. “These figures are particularly encouraging,” he says.

Another bright spot, Carvalho says, is the rise in large cap deals. There were 21 transactions valued at $1 billion or more in second quarter, Preqin says. By comparison, there were 8 large cap deals in first quarter. Second quarter also saw 26 exits valued at $1 billion or more. Nearly half, or 44%, of all deals were leveraged buyouts, Preqin says.

The lower middle market shined in second quarter. More than half of all deals in Q2 were valued at less than $100 million (75% of deals actually fell into the small-cap bracket of less than $250 million, Preqin says.)

Industrial was the busiest sector with 155 deals in second quarter. However, consumer posted the biggest transactions. The sector had three deals in the top 10 including the largest PE-backed deal of Q2. That honor goes to Thomas H. Lee’s $2.7 billion buy of Party City. The other big consumer deals included the sale of EMI Music Publishing for $2.2 billion to a group led by the Blackstone Group and the $2.2 billion sale of Collective Brands to a group including Golden Gate Capital.