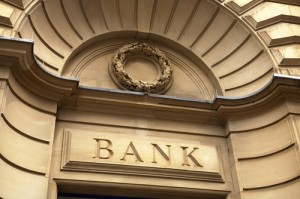 (Reuters) – Legg Mason Inc has been approached in recent months by some of its senior managers and private equity firms with plans to take the struggling asset manager private, but the board has decided against exploring that option at least until the company has a new chief executive, three sources said.

At least two large private equity investors have shown interest in financing a buyout led by the leaders of the money manager’s largest affiliates, but the board has refused to engage in such discussions, the sources familiar with the situation said. At least one of the private equity investors approached the board as recently as November, according to one of the sources.

Legg Mason shares rose as much as 7 percent to $27.93 on the news, hitting their highest since April, in their most active trading day since May. The company has a $3.42 billion market capitalization on the New York Stock Exchange.

The identity of the private equity firm and the managers could not be learned. Nor was there any information about how any proposed deal was structured. The sources declined to be identified because they are not allowed to speak to the press.

Legg Mason rode the technology boom at the turn of the century and then a enjoyed a period of good stock-picking, but has seen its fortunes wither in recent years amid choppy markets and mixed investment performance.

Returns have recovered in many cases but it can take years for asset managers to recover investors. Even a recent quarter of inflows for the three months ended September 30 was driven by the $9.7 billion that came into low-margin money funds, barely offsetting the $9.5 billion investors pulled out of Legg Mason’s equity and fixed-income products.

In 2012, star fund manager, Bill Miller, gave up management of his main fund after a string of sub-par results, and in the fall of last year CEO Mark Fetting stepped down. Activist investor Nelson Peltz, known for pushing for change at companies, bought a stake in the company and has taken a seat on the board.

Despite the recent quarterly inflows – the Baltimore firm’s first since 2007 – analysts have hesitated to recommend the stock until it can show more quarters of inflows. At $26 a share it is worth just a fraction of its 2006 peak of around $130. The firm had $648 billion in assets under management as of November 30.

A part of the problem with Legg Mason, according to people who have worked with the company and insiders, is that the firm has been created over the years through a patchwork of deals, resulting in eight main independent asset management units, each having separate revenue sharing agreements with the parent.

Tensions have emerged in a number of areas, such as gripes from some affiliates they should get more help from the parent with selling and marketing their funds given how much of their revenues they turn to over to the firm, these people said.

By becoming a privately held company, Legg Mason could rework these arrangements, cut costs and fix its other problems outside of the public eye, analysts said.

“A public company structure is the worse possible format for an asset manager because it sets a short-term focus when it needs to have a long-term outlook,” said Neil Bathon, managing partner of FUSE Research Network, a Boston-area fund consulting company, who declined to comment specifically about Legg Mason.

To be sure, any potential management-led buyout would not be an easy task. The firm’s long-term debt to market value ratio of 31 percent is far higher than peers, according to Nomura Securities analyst Glenn Schorr.

That makes a take-private deal more difficult because it typically requires adding on more debt to the company’s balance sheet.

A change of ownership also creates a lot of uncertainty for both employees and investors. “A lot of bad things can happen in that process,” said one industry banker, who mentioned the risk that institutional clients and human capital could leave.

It is also unclear if Peltz would support a management buyout. A spokeswoman for Peltz’s investment firm, Trian Fund Management L.P, which owns about 10 percent of Legg Mason, said executives at Trian would not comment, citing Peltz’s role as a board member.

Raymond “Chip” Mason, one of the founders of the company that eventually became Legg Mason in 1970, put the money manager together over decades via acquisitions. Today, Legg Mason’s eight main affiliates span an array of asset classes. The firm’s biggest affiliate, Western Asset Management, is a fixed income manager with $459 billion under management as of September 30. The second largest affiliate, the ClearBridge Advisors equity unit, had $59 billion. And the third biggest, Brandywine Global equity and bonds shop, had $41 billion.

The question of whether Legg should be sold or should spin off one of its affiliates has been discussed on and off for years, even before Fetting stepped down, according to three sources with knowledge of the firm.

Since the CEO’s departure, pressure from affiliates to take the company private has again increased, according to one of the sources.

Legg Mason has been taking other steps to restructure the business. In December, the firm said it was acquiring Fauchier Partners, a fund-of-hedge-funds firm with $6 billion in assets, from BNP Paribas Investment Partners, and merging it with its own $17 billion funds-of-funds firm, Permal.

As part of that deal, Legg Mason said it had revised its employment deals and revenue sharing agreements with Permal, which could become a model for additional changes aimed at resolving tensions among its affiliated investment units.