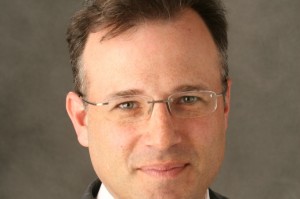 Seth Rosenfield has been an investment banker focusing on media for over 15 years.

The sector has changed during this time. Rosenfield has seen the fall of newspapers and the rise of Google.

On Wednesday, he took some time to speak to peHUB.

Q. Where are all the deals? It’s been very slow.
A. There are still a lot of deals out there. What you don’t have is as many deals as in the past, or pre-2008. The financing markets are still tough, though it’s opening up for strong companies. Companies need to have a strong historical performance and strong momentum as they go out into the marketplace.

Q. But being global may be a hindrance?
A. In this environment, which has been going on since 2008, you still need to be a business that is growing and your prospects need to be strong. That’s not every business. For example, it’s great to have a media/information, or marketing services business that is global. With the problems in Europe, there will be a temporary slowdown. What is normally a positive–having a global footprint–might [cause you] to show some sluggish results for the past six months in Europe. Normally having a global business is a positive and it still is. But things are sometimes are beyond your control. It’s still a good thing to be [in Europe]. You’d rather be a global business than not be a global business.

Q. You said something that is very surprising: PE firms are winning in auctions against strategics.
A. The financial sponsor community is often beating out strategics on transactions. During the boom time, this was fueled by debt but now fueled by other factors. Strategics, in this environment, are very selective. Internally the bar is very high for them to buy companies. If their own business has challenges it’s tough to get management’s approval to buy businesses. Also private equity has owned businesses like these in the past, so they understand better how they operate. Or, they’re working with execs who can give them strategic knowledge to be more aggressive.

Q: Are there still opportunities in media?
A. Media has evolved beyond broadcast/television, publishing, newspaper, etc. It involves lot of businesses that generate revenue based on content and monetizing that content, whether through subscription or through advertising. Media companies, over the last several years, have focused on demonstrating the value of their content. Their customers didn’t force them to traditionally.

Q. You also think Google is a media company. Why?
A. They’re a media technology company. They generate their revenue from advertising. The difference is their business demonstrates a tangible return on investment for marketing dollars.

Q. What’s the most exciting media company around?
A. The Hearst Co. is pretty exciting. They own a lot of different assets in leading positions in their market and they continually make investments in new areas. They bought into marketing services with iCrossing. Hearst didn’t have any business in the marketing services industry, and iCrossing is really a digital agency. Traditionally, Hearst had avoided those industries but as the media ecosystem evolved, they needed to have it.