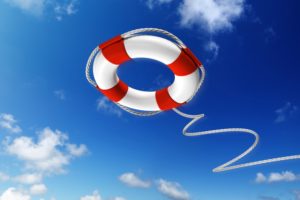 Philips is looking to carve out Philips Lifeline, whose medical alert systems help seniors at home summon help, according to four sources familiar with the matter.

A broad process for Lifeline kicked off around late August, with both private equity and strategic buyers participating in the first round, two of the people said. Ten parties moved forward in the second round, one of the people said.

The business unit produces approximately $35 million in GAAP EBITDA, the people said – one of whom noted that the real cash flow of the business is lower when accounting for a significant amount of CapEx.

Two sources said Lifeline’s top and bottom line have declined in recent years – contributing to the complexity in valuing the business.

Despite Lifeline’s recent growth profile, remote and senior monitoring is an interesting idea and space, one person noted. If a new owner could invigorate growth at Lifeline and demonstrate a path to sustained growth, there could be a lot of arbitrage, the person said.

A deal could value the company anywhere from $200 million to $400 million, one source said, while another characterized Lifeline as an 8x to 10x EBITDA business.

Philips, whose spokesperson told PE Hub the company does not comment on possible M&A or divestments, has completed 25-plus bolt-on acquisitions since 2015 to strengthen its position in health technology.

Using Lifeline’s personal alert service, seniors with the press of a finger can alert trained care specialists to dispatch for help. Lifeline also features AutoAlert fall detection technology, with sensors that automatically detect falls and connect quickly with its response center. The company operates in the US and Canada and has served over 7.5 million subscribers since 1974.

One recent deal that may have excited some potential buyers of Lifeline, sources said, is GTCR’s sale of GreatCall to Best Buy. The August 2018 transaction came only about 14 months after the PE firm bought the provider of connected health and safety devices.

For Best Buy, the $800 million deal represented its biggest-ever at the time – reflecting a seminal move in the evolution of the consumer electronics retailer and a creative means to get into the market.

In other recent activity in the PERS arena, Medical Guardian in January completed a $105 million refinancing of their senior credit facility. The refinancing was led by funds advised by Apollo Capital Management, becoming the company’s senior lender.

Correction: This article was updated to clarify that Apollo is Medical Guardian’s senior lender, and not the firm’s largest shareholder.