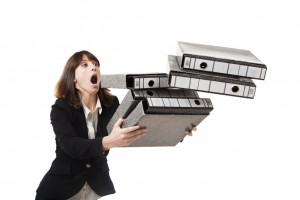 Some initial public offerings are hitting a snag over price triggers to convert preferred stock held by buyout shops into common stock, but the problem could be fixed with new pre-agreement contract language, a corporate lawyer for private equity firms said.

Ilan Nissan, a partner at Goodwin Procter LLP, said he’s noticed a “clunky thing in the structure” of preferred stock agreements covering forced conversions of preferred stock in IPOs. If the proposed price level of the IPO isn’t high enough to satisfy the trigger level, some deals may be delayed or scrapped, he said.

The issue has come up at least three times in the past several weeks with prospective IPOs, he said earlier this month.

“Different classes of preferred shares have different triggers, with the later investing classes having higher ones than the earlier rounds,” Nissan said in an email. “The issue is that the preferred holders investing in later rounds have valuation hurdles that sometimes aren’t hit.”

If the IPO price — set by investment bankers after meeting with prospective investors — isn’t high enough to require the automatic conversion of preferred stock, it “defacto inhibits the company from going public,” he said.

One solution could be in the form of pre-agreement for a cash or stock payment to the holders that have the right to consent if the qualified IPO price isn’t achieved in the deal, he said. The fix could be done as part of the language of preferred stock agreements in advance of the IPO and would not require regulatory approval, he said.

“It would be good to pre-agree in advance what the charge is,” Nissan said. “Most documents now don’t do that — it’s just a negotiation at the time of the offering.”