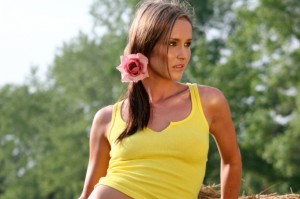 New York-based Alpha Media Group, which is controlled by Cerberus Capital Management, has put Maxim up for sale, according to several media reports. Houlihan Lokey is advising on the process.

Private equity won’t be interested in Maxim, because the company is not profitable and loses money, two banking sources tell peHUB. Maxim will likely be sold to a strategic buyer, one of the bankers says.

Maxim is trying to redefine itself as a multimedia company and is looking for a cable network tie in, a private equity executive says. “It’s hard to see a PE play for a standalone mag,” the source says.

While Maxim is a big brand with appeal, the group of interested buyers is narrow, the second banker says. Strategics like Conde Nast, Time Inc. (which itself is being spun off from Time Warner) and Hearst would not be interested in the “lad mag,” the source says. Playboy would be a logical buyer but they have a production joint venture with American Media, the person says.

Then, there is price. Maxim likely doesn’t produce much EBITDA and would be a very hard sell, the second banker says. The company could conceivably go for roughly two times revenue, the banker says. Maxim reportedly generated  $112.1 million in print ad revenue in 2012.

Maxim is still one of the biggest men’s magazines, says Crain’s New York Business. Ad pages at Maxim dropped 22.2% in 2012, which is more than the 8.2% decline posted by magazines as a whole, Crain’s says citing data from Publishers Information Bureau. Maxim will publish 10 issues this year, down from 12 in 2011, Crain’s says.

Maxim also doesn’t have the luckiest history with private equity firms. In 2007, the Quadrangle Group acquired Dennis Publishing, which owned Maxim plus other men’s lifestyle mags like Blender and Stuff. Quadrangle reportedly put in $100 million. Quadrangle, in 2009, walked away from its investment. With Quadrangle out, Cerberus became majority owner of the company now known as Alpha Media, which publishes Maxim. Other creditors include Credit Suisse.

Cerberus continues to own a controlling interest in Alpha Media, a spokesman says.

Officials for Alpha Media could not be reached for comment.