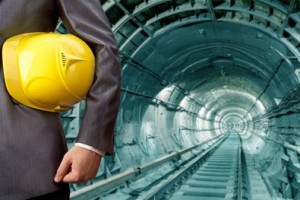 Private equity and pension funds may provide the next wave of funding to the slumping mining sector through metal streaming deals as dedicated funding sources struggle to raise their own cash, industry sources said.

With many miners unwilling to issue equity given their weakened shares amid falling commodity prices, streaming may help them avoid credit downgrades and fund new mines.

About US$4.5 billion worth of these deals, an alternative form of financing where miners are paid cash upfront for future output, have been inked this year, making 2015 a record year for metals streaming as miners slash debt five years into a commodities downturn.

But the bumper deal-making year has reduced the coffers of dedicated stream funders like Silver Wheaton Corp, which face their own challenges raising additional debt and equity.

Private equity groups and institutional investors, who are already minor players in the market, say this dynamic is likely to drive up returns, creating an opportunity to expand their presence.

“While the classical mineral royalty and streaming companies are tight on funds, you’re going to see private equity and other investment type groups step up to the plate,” said Douglas Silver, portfolio manager at Orion Resource Partners, a U.S.-based mining-focused private equity group.

Silver declined to disclose how much Orion would put into streaming deals in 2016, but said it intends to do more than in 2015. Orion, along with its partners, pumped more than US$200 million into streaming transactions in 2015, equal to about half of that done by private equity and fund managers, according to a Thomson Reuters analysis of publicly announced deals.

Two sources at two North American-based institutional investors who declined to speak on the record as it is not fund policy to talk to the media, said they are interested in doing streaming deals if the price is right.

At current metals prices, returns on streaming deals are a mere 3-4 percent. But returns have already risen to mid-single digits on deals currently being negotiated, said a source at one of the streaming companies who is involved in several transactions.

Private equity groups and institutions are also able to bolt streaming onto a broader funding deal that could include debt and equity, resulting in a higher blended return.

An example is the US$325 million construction financing package Lydian International signed earlier this month for its Armenia-based Amulsar gold project.

To be sure, stream funders face risks including losing the money they front if a miner goes bankrupt as they typically would rank behind senior secured creditors such as banks or other project finance lenders.

There is as much as US$4 billion worth of potential streaming opportunities available, Silver Wheaton’s Chief Executive Randy Smallwood said in an interview on Nov. 4. Global miner Glencore is among those weighing such deals.

The world’s five primary streaming and royalty companies, including Silver Wheaton, Franco-Nevada and Royal Gold, only have the capacity to fund about US$2.4 billion worth of deals over the next year, with more than half of that amount funded by credit, RBC Capital Markets analyst Dan Rollins said in a Nov. 10 research note.

By Nicole Mordant and Euan Rocha

(This story has been edited by Kirk Falconer, editor, PE Hub Canada)