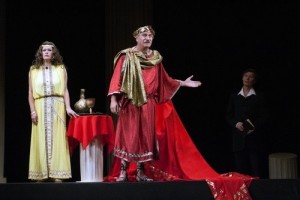 The drama unfolding in Greece hasn’t captured the attention of private equity, which has little exposure to the financially troubled country. Still, some investors are looking for chances to buy assets on the cheap.

While the troubles in Greece have roiled public markets, most U.S. private equity firms have very little exposure to the Greek crisis, several PE executives said.

“Clearly it’s a tragic affair for the Greek people,” said Russell Steenberg, global head of the BlackRock Private Equity Partners (PEP) group within BlackRock Alternative Investments. “But from the private equity perspective, this has taken a long time to unfold and there has been very little activity investing in Greece itself.”

There have been few private equity investments in Greece, and none has been made this year, according to Buyouts data. One deal occurred in 2014 and a couple in 2013. Before that, the last Greek PE deal took place in 2008, the year of the global financial crisis.

One of the more notable Greek deals was the purchase of Hellas Telecommunications in 2005 by Apax Partners and TPG. That deal happened during the PE boom and reportedly produced a 375 percent return for Apax and TPG.

For those few PE firms that are unlucky enough to have current investments in Greece, the situation is a “lose-lose,” a third private equity source said. “If Greece actually defaults and the country leaves the euro, then Greek PE investments will be wiped out as the country figures out how to survive in a post-European world,” the source said.

The Greek crisis has developed over years. The country has been negotiating with the European Commission, the European Central Bank and theInternational Monetary Fund for aid with its debt problems since 2010, Vox said.

The situation came to a head on Sunday, June 28, when Greece’s prime minister announced that country’s banks would remain shut indefinitely and imposed restrictions on cash withdrawals. Two days later, an earlier Eurozone bailout expired and Greece missed a 1.5 billion euro repayment to the IMF. The IMF said on July 2 that Greece will need an extra 50 billion euros over the next three years to stabilize its finances, the BBC reported.

Greek citizens are scheduled to vote Sunday, July 5, on a bailout offered by the country’s creditors.

Moody’s Investors Service has estimated that Greece’s debt is 177 percent of its GDP, which is twice the level of the United States’ debt-to-GDP.

PE sources said they aren’t worried that Greece and its 11 million people may leave the European Union. Greece’s GDP is a small part of the EU, so exposure will likely be “immaterial,” a fourth PE executive said.

While many discounted Greece’s after-effects, there is concern the crisis could expand to other troubled countries such as Italy, Spain, Ireland and Portugal. “There is a fair amount of PE investment in these countries,” TorreyCove’s Fann said.