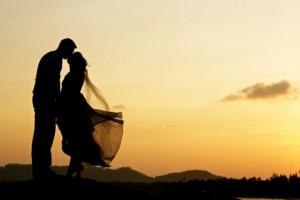 The Chicago private equity firm said Wednesday it participated in a management-led recap of Wedgewood Wedding and Banquet Centers. Financial terms weren’t announced. Prospect typically invests in companies with $10 million to $75 million of revenues, according to the firm’s website.

Prospect is taking a majority stake in Wedgewood, while the rest will be held by the Zaruka family, according to Erik Maurer, a principal with Prospect. John Zaruka, Wedgewood’s CEO who founded the company with his wife Linda in 1986, is staying on. Their son, Bill, who is Wedgewood’s president, is also remaining with the company.

“We’re backing this team to grow the business,” Maurer said.

The investment comes from Prospect’s third fund, which collected $200 million in 2010. He declined to disclose how much of the fund is invested.

Temecula, Calif.-Wedgewood provides all-inclusive wedding packages that provide everything from a DJ to chocolate-covered strawberries to a guest book and pen. Most of its events are held on golf courses, with an average wedding costing $8,500, said CEO Zaruka. “We’ll find something that will fit everyone,” he said.

Last year, Wedgewood was involved in 2,300 weddings in the state of California alone, Zaruka said. The company has also expanded to Arizona, Colorado and Nevada. While there may be many local banquet companies, Wedgewood is the first that is branded, he said.

“No one has been able to tie them all together like we have,” he said.

Succession issues didn’t cause the Zaruka family to sell. Instead, the transaction offers the founding family the opportunity to get a return on its investment.

“Every time we put money into [Wedgewood] we’re not getting money back,” Zaruka said. “Now I get to reap the rewards of my efforts over the years.”

The deal also provides the Zaruka’s with the “expertise of a large company,” that will help Wedgewood grow. “We want to expand the business,” he said. Maurer estimates that Wedgewood has added 20 facilities in the past seven years, averaging three to four a year. “That pace feels pretty good,” Maurer said.

The Zaruka family was advised frequently to seek the advice of a banker but decided against it. “I’m not greedy,” John Zaruka said. “I wanted to find a firm that I felt comfortable with.”

Three years ago, a friend of their son’s introduced the family to Mike Miller at Fidus Partners. Miller then put them in contact with Prospect Partners. At the time, the Zaruka’s weren’t ready to do a deal, but Prospect continued to build the relationship, Maurer said.

Talks reignited over the summer. The family did speak to other PE firms but settled on Prospect, Zaruka said. “We wanted to stay involved in the business and wanted to find someone that had the same values,” he said. “[Prospect] appreciated our brand.”