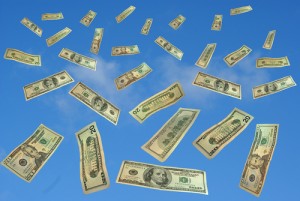 The sale of Suddenlink is another bit of good news for the Quadrangle Group.

Late Wednesday, BC Partners and CPP Investment Board unveiled a $6.6 billion deal for Cequel Communications Holdings, which does business as Suddenlink. BC Partners, CPPIB and certain members of Suddenlink management are investing about $2 billion equity, according to a statement. The deal is expected to close next quarter.

With the sale, Goldman Sachs Capital Partners, Quadrangle and Oaktree Capital Management are cashing out. Goldman led a group of investors to invest in Suddenlink in 2006. The group collectively put in around $900 million, according to the Wall Street Journal. GS Capital invested $350 million for a roughly 35% stake, the story says.

Quadrangle is the second largest shareholder behind Goldman with a 16.6% holding, a source says. In January, peHUB reported that Suddenlink planned to pay out about $440 million in dividends to shareholders ($370 million in March plus $70 million in May).

Quadrangle invested $150 million equity as part of the Suddenlink deal and has received back $129 million, or about 80%, through dividends, the person says. With the sale, Quadrangle will likely receive another $340 million and expects to make more than 3x its money, the source says.

The Suddenlink sale is yet the latest good news for Quadrangle. Earlier this year, Quadrangle settled arbitration proceedings with Steven Rattner, who co-founded the PE firm. Quadrangle and Rattner had been locked in arbitration over money the former auto Czar claimed Quadrangle owes him.

Quadrangle’s investment in Suddenlink came from its second fund, Quadrangle Capital Partners II LP. The pool, which raised $2 billion in 2005, has a net IRR of 7.6%, according to Dec. 31 data from CalPERS.