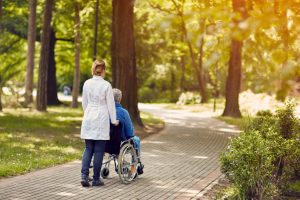 The leveraged buyout of Kindred Healthcare and the fusion of LHC Group and Almost Family could incentivize some to pull the M&A trigger while creating new alternatives for others.

The recently announced transactions underscore the investment thesis around home health and hospice care, but they also give rise to new questions. Mainly, how will all these other companies that play in the space respond? One thing is certain: With home-health-payment reform on the horizon, scale is increasingly important for both buyers and sellers.

First, there’s Amedisys to consider. The company is now the only public home-care provider that has yet to make a large-scale acquisition. Amedisys was also the second-largest home care provider — until LHC and Almost Family announced their deal in November, creating a combined company generating some $1.8 billion of revenue.

The largest provider, Kindred, will also have more financial wherewithal after gaining its own set of financial backers. TPG Capital, Welsh Carson Anderson & Stowe and health insurer Humana a couple weeks ago said they would take the company private in a $4.1 billion deal that will create two companies.

The PE firms will own 60 percent of Kindred at Home — the home-health and hospice business — while Humana controls the remaining interest. The sponsors will separately own and operate Kindred’s specialty hospital operations.

With several billion dollars of home-health dealmaking pending, sources are wondering whether Amedisys, leapfrogged in size, feels the pressure to strike its own big deal.

The company’s execs have been publicly outspoken about their intentions to bulk up on the hospice front, reiterating on their November quarterly call that hospice remains a priority from an M&A standpoint.

The two largest hospice providers out there are Thomas H. Lee Partners’ Curo Health Services and Hospice Compassus, a portfolio company of Audax Group and Formation Capital. THL bought Curo from GTCR, reportedly for about $730 million, in December 2014, the same month Cressey & Co sold Hospice Compassus to its current backers in a deal reportedly valued north of $300 million.

Curo, with an estimated $120 million to $130 million in Ebitda, is likely to return to the auction block sometime in 2018, sources have speculated.

Besides watching how Amedisys will react, the recent activity also creates a more interesting deal environment in that it opens up a new avenue of buyers of other assets.

Though the auction is expected to produce a sale to another sponsor, the company has discussed combining with another provider, one source recently noted.

That begs the question: Could newly backed Kindred at Home buy AccentCare? While anything is possible, that source said such a deal seems unlikely given the already complicated LBO is likely still months away from closing and requires a shareholder vote.

Another home-care provider on the block — and hypothetically, another asset Accentcare could ultimately combine with — is Palladium Equity Partners’ Jordan Health Services. The company earlier this year tapped Houlihan Lokey to pursue what makes its third sales process under its current backer, Buyouts previously reported. Marketing materials for the home care and hospice-services company were distributed a few weeks ago, one source noted.

Both platforms, alongside Almost Family, were among those that took a look at founder-led Premier Home Health, which offers primarily non-medical home-care services, sources previously told Buyouts. The JPMorgan-run auction ultimately came undone due to expectations that the New York-concentrated group was poised to miss its 2017 projections, the sources said.

Humana’s involvement in the Kindred deal also is notable, in that it represents managed care’s first move into home health. There have been discussions for some time about Humana getting into the sector, so while not surprising, it highlights the managed care group’s desire to diversify into the actual delivery of care. The idea is that the payer can use the home-health platform to drive more patients to services outside the hospital — the most expensive setting — thus managing and reducing medical spend.

UnitedHealthcare has also poked around in home health, but the company by no means is under pressure to do a deal, sources said. Aetna, meanwhile, has its hands full with its pending $69 billion deal for CVS Health.