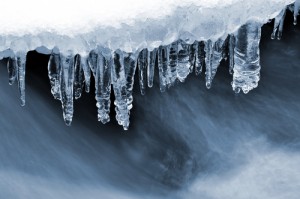 (Reuters) – With acquisitions in the U.S. financial services industry slowing to a crawl since the 2008-09 financial crisis, private equity funds have provided a rare bright spot with their pursuit of annuity portfolios that insurers have been eager to sell.

But the dealmaking may have hit a roadblock now that New York’s top financial regulator has decided to launch a review, concerned that the private equity firms are taking on too much risk – at the expense of consumers who hold the annuities.

As a consequence, some insurers are putting on hold plans to sell their businesses, while bankers and attorneys who are working on two deals nearing completion are worried that the probe could derail them completely.

“Potential sellers of insurance businesses are holding off because some of the best buyers of these assets are working through these issues,” said one insurance banker, who wished to remain anonymous because he is not permitted to speak to the media. “People want more clarity before proceeding with sales.”

Many insurers are looking to get out of the business of selling annuities — insurance contracts that guarantee the investor a minimum monthly payment. The products have become an obstacle to profitability at a time when interest rates are low, market volatility is high and a wave of baby boomers is getting set to retire in the United States.

But regulators fear that private equity firms — which generally seek to maximize profit in the short term with an eye toward exiting a business — may not manage the portfolios appropriately, putting customers at risk.

In one regard, the fresh scrutiny is not surprising. Regulators have placed the entire financial services industry under a microscope in the wake of the financial crisis. Financial services M&A volume last year was down nearly 20 percent from 2007, according to data from Thomson Reuters (publisher of peHUB).

In the past year alone, private equity’s share of the annuity business rose to 30 percent from 7 percent, according to the New York Department of Financial Services (DFS).

So far the probe has delayed the Sun Life deal, and bankers and lawyers say the Aviva deal could follow suit.

In an April speech, Benjamin Lawsky, superintendent of DFS, summarized the concerns surrounding such transactions.

“The risk we’re concerned about at DFS is whether these private equity firms are more short-term focused, when this is a business that’s all about the long haul,” he said. “That their focus is on maximizing their immediate financial returns, rather than ensuring that promised retirement benefits are there at the end of the day for policyholders.”

While insurers are motivated to manage annuity portfolios conservatively because their reputation depends on it, private equity firms have a different model that allows them to take greater risk, Lawsky has said in public remarks.

For example, a private equity firm can invest in 10 deals and have three fail, but that is still seen as a successful year, Lawsky said in remarks in Albany in May.

“If one of [those three deals] is an insurance company that’s a lot of people’s retirement … and that’s a big problem,” he said.

In May, the regulator issued subpoenas to a handful of firms, including Apollo and Guggenheim, according to a person familiar with the situation. The source wished to remain anonymous because the information was confidential.

The department is discussing new regulations that would require greater disclosure from private equity firms, akin to the disclosures that firms are required to make when they invest in banks, the person said.

An Athene spokesman said the deal is still on track to close this year. Guggenheim is cooperating with the New York Department of Financial Services, a spokesman said, declining to elaborate.

The scrutiny appears to be delaying even insurance deals that do not involve annuity businesses but have potential private equity buyers, bankers said.

Allstate Corp put its Lincoln Benefit Life subsidiary up for sale earlier this year. Resolution Group, a British financial services firm, and two private equity firms, TPG Capital LP and J.C. Flowers & Co, are bidding for the business. But the process has stalled in recent weeks, said one person familiar with the situation, who wished to remain anonymous because he is not permitted to speak to the media.