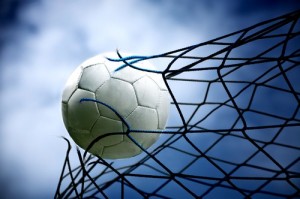 Relay Ventures is just over a year old. The firm, with offices in Toronto and Menlo Park, Calif., focuses on early-stage mobile connectivity opportunities, officially launched in March 2012 with the merger of JLA Ventures and RBC Ventures. The firm started out with approximately US$500 million in partnership capital, which included BlackBerry® Partners Fund II, closed later that year at US$150 million.

Fourteen months on, Relay has done a dozen deals and exited six portfolio companies, said Co-founder and Managing Partner John Albright in an interview with peHUB Canada. What’s more, the firm’s latest deal – the $16 million financing of the corporate spin-out of theScore Inc., completed earlier in May in partnership with “the Steve Jobs of sports media” – might be its most promising venture yet.

The launch of the Relay Ventures combined a unique array of organizations and talents. Albright, who began his venture career in the 1990s at JLA Ventures, and Relay Co-founder and Managing Partner Kevin Talbot, formerly of RBC Ventures, were leaders of their respective firms, and together managed the first Blackberry fund (closed in 2008). They brought in John Occhipinti, previously with the Woodside Fund, as partner in Relay’s Silicon Valley location, and Alex Baker as principal. 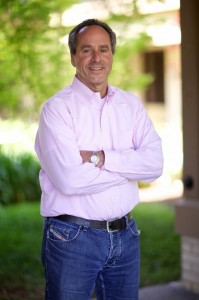 Relay Ventures was last year in the thick of mobile deal-making in North America. The firm led a US$11 million Series B financing of mobile rewards provider Kiip, co-led with Intel Capital a US$9 million round backing social radio platform Jelli, and co-led with Hummer Winblad Venture Partners a US$7.3 million Series A deal involving Influitive, an advocate marketing company.

The firm has kept pace in 2013, with theScore being Relay Ventures’ second new investment so far. It’s an unusual transaction by Relay’s standards in that the company is the publicly traded scion of Toronto’s Score Media Inc., which was recently acquired by Rogers Media Inc. for $167 million.

TheScore is led by CEO John Levy and Executive Vice President and COO Benjie Levy, the father-and-son team who built Score Media, a specialty sports channel with 6.6 million television subscribers. TheScore, noted Albright, was the mobile apps and web property of Score Media, featuring “terrific content” and “a loyal fan base,” but which was not of core interest to the broadcaster’s new owner Rogers.

This circumstance, said Albright, provided Relay Ventures with “the rare opportunity” to partner with the entrepreneurial Levy family to create an independent enterprise “100% focused on sports content delivered through digital media.” Evidently, Rogers also recognized theScore’s potential, investing alongside Relay and Levfam Holdings, the Levys’ investment firm, in the $16 million startup round.

The new company’s growth plan, said Albright, is global in scope. With its apps available on all major web and mobile platforms, theScore has already increased monthly users sevenfold since 2009, registering 4.2 million users (80% of them Americans) in 2013. This marketplace affirmation came despite fierce competition from well-heeled broadcaster-owned providers, such as BBC Sport, ESPN Goals and MLB.com At Bat.

Albright believes the sky’s the limit for theScore, which intends to drive to “10 million users, and then to 100 million users.” His conviction is grounded by faith in the Levy duo, which is “passionate about sports” and has already demonstrated mettle in successfully building Score Media in Canada “where there is a monopoly of big broadcasters and big broadcaster money.” The Levys, “the Steve Jobs of sports media,” quipped Albright, can do same in the digital and mobile space.

The Levys were also sold on Relay Ventures, he added, when they discovered that the investor could bring more to the table than just cash. Among the firm’s key contributions are knowledge and networks, which should speed theScore’s growth and raise its productivity, Albright said. After the deal’s closing, company management flew to Palo Alto, Calif., to join a roundtable of Relay’s founders and receive an “intelligence dump” and some “tricks of trade.” The event also saw theScore forge its first strategic partnerships.

Albright sees advantages in theScore being an independent company in a sector populated by broadcaster-owned providers. Without a larger parent, he said the enterprise can avoid being another “cog in the wheel,” making it more competitive and better disposed to recruiting quality management talent.

He does not see many downsides in theScore being a public company, of which Albright is now a director. From Relay’s perspective, it’s no different from any other private startup, with the firm able to exercise a typical degree of influence due to the nature of the governing partnership.

In addition to interesting deals, Relay Ventures has had its share of lucrative exits of late. The sale of Toronto-based QuickPlay Media Inc. to U.S. private equity firm Madison Dearborn Partners in mid-2012 generated a 40% IRR for the firm, and was about 4x its original investment. Relay obtained similar performance, said Albright, from last month’s sale of Belfast’s Aepona to Intel Corp.

Photo of soccer ball and net courtesy of Shutterstock.