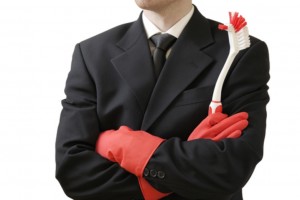 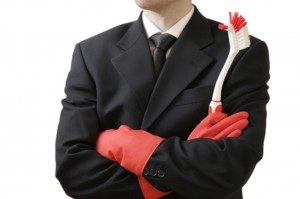 (Reuters) – According to Blackstone Group LP‘s (BX.N: Quote, Profile, Research) books, the private equity firm’s investment in Hilton Worldwide Inc was worth 50 percent more this year than when it took the international hotel chain private in 2007.

While that might not seem like much compared to private equity’s historical record of doubling or tripling its investments, it is a remarkable turnaround for a $26.7 billion (17.2 billion pounds) deal that has come to epitomise the leveraged buyout boom and bust of the past decade.

Hilton is one of many cleanup acts that have been quietly going on in the world of private equity, as the industry atones for a debt binge in the years before the financial crisis.

Many of the largest buyouts from 2005 to 2008 were based on revenue and profit expectations that proved too optimistic when the recession hit. Companies such as casino operator Caesars Entertainment Corp (CZR.O: Quote, Profile, Research) and Texas utility Energy Future Holdings were saddled with huge piles of debt and had difficulty meeting interest payments when business declined.

Just months after Blackstone closed the Hilton deal, the financial crisis forced the firm to dock the value of its investment by half, according to fund documents seen by Reuters.

In 2010, Blackstone persuaded Hilton creditors to agree to a restructuring that cut the company’s total debt by nearly $4 billion and pushed back debt maturities by two years to 2015. The restructuring was notable for both its scale and impact: Hilton was allowed to keep more of its cash flow, which is projected to be up 58 percent this year compared to 2009.

With the U.S. economy growing again, Blackstone is now looking to refinance another $12 billion of Hilton debt and plans to take the company public next year.

Blackstone’s final returns on the deal are not yet known. On paper, the firm valued Hilton at around 1.5 times its investment, a person familiar with the matter said, citing figures as of the end of March. Blackstone declined to comment.

Private equity investment group Hamilton Lane Advisors LLC conducted a study on 19 LBOs between 2005 and 2008, each with an enterprise value (which includes debt) of more than $10 billion. It found that the average deal was up 1.17 times as of the end of December.

A similar investment in MSCI’s world equity index .MIWD00000PUS would have been worth just 1.01 times more by the end of December, the study shows.

Yet the returns are subpar by private equity standards. These firms charge hefty fees to manage money for pension funds, endowments and other institutional investors, and typically deliver between two and three times their investment.

The experience has injected a new sense of conservatism in the industry, and put off a whole generation of private equity executives and their investors, said Harvard Business School professor Josh Lerner, whose research focuses on private equity.

“There has been increasing awareness that really big deals done at peak periods have not been a recipe for success, particularly on the limited partner side,” Lerner said.

VARIED PERFORMANCE
A Reuters review of the largest deals from the buyout boom shows that private equity firms have been extending and restructuring debt obligations and selling or spinning off assets to boost the value of their investments.

To be sure, the performance of deals varied widely.

HCA, Energy Future Holdings, and the private equity firms involved either declined to comment or did not respond to requests for comment.

Some other mega-LBOs are struggling as debt payments sap cash flow or because profits are not growing.

Computer software maker SunGard Data Systems Inc, which was taken private in 2005 for $11.4 billion and is trying to revive its profit growth, is exploring a sale of its data managing operations that could fetch up to $2 billion, people familiar with the matter told Reuters in June.

As of the end of December, SunGard had barely increased in value for the private equity firms, according to two people familiar with the matter.

In a starker example, First Data Corp, the world’s largest payment processing company taken private by KKR for $29 billion in 2007, explored the possibility of selling its financial services business, seeking up to $6 billion, people familiar with the matter told Reuters in April.

The company, which is struggling with a roughly $24 billion debt burden, was worth only 70 percent of KKR’s investment as of the end of June, according to people familiar with the matter.

“Even if they think they have gone through multiple rounds of cost cutting prior to the LBO, they all have the opportunity to shed a few more pounds,” said A.T. Kearney partner Robert Haas, who leads the consultancy’s private equity practice in the Americas.

First Data, SunGard and the private equity firms involved either declined to comment or did not respond to requests for comment.

BIG TEMPTATION
Because of their size, an IPO is often the only option available for private equity to exit, and that is a gradual process that can take years with uncertain outcomes. (For a graphic on share performance of firms that have already been taken public, click on link.reuters.com/jer32v)

Private equity firms have not led a $10 billion-plus deal since the crisis, but they have participated in two deals worth more than $20 billion each: the proposed buyout of Dell Inc (DELL.O: Quote, Profile, Research) by Michael Dell and Silver Lake, and the takeover of H.J. Heinz Co by Warren Buffett’s Berkshire Hathaway Inc (BRKa.N: Quote, Profile, Research) and 3G Capital.

Lerner, the Harvard professor, said some private equity executives are constrained by scepticism from their fund investors, as well as little appetite from some banks to underwrite huge deals.

They are also concerned that a rise in interest rates could increase financing costs for buyers of their companies down the road, making exit strategies more difficult, Lerner added.