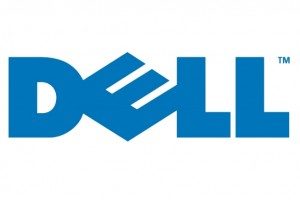 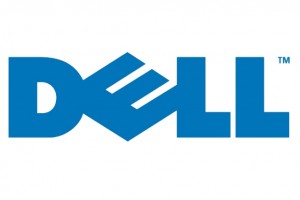 Reuters – A special committee of Dell Inc’s board is evaluating separate takeover proposals from Blackstone Group and billionaire investor Carl Icahn to decide whether either or both are likely to trump an existing $24.4 billion take-private deal, a source familiar with the discussions said on Sunday.

Dell could make an announcement as soon as Monday about whether either of the rival offers were reasonably likely to lead to a superior bid, the source familiar with the matter said. But the source warned that the special committee of the board may also decide to take longer to reach a decision.

The unexpected rival bids for Dell throw the future of the PC-maker into question. A “go-shop” period – during which the target company actively looks for rival offers – for a deal of this size rarely evokes competing offers. The bids now could potentially turn the sale of Dell into a three-horse race, which could drag out for months.

It also could threaten the future of Michael Dell, who founded the technology giant at the age of 19 with just $1,000. Under the Silver Lake plan, he planned to contribute his roughly 16 percent share of Dell’s equity to the deal, along with cash from his investment firm MSD Capital, and to remain CEO of the company.

Under Silver Lake and Michael Dell’s offer, Dell would be taken private for $13.65 per share. Silver Lake is putting up $1.4 billion in the deal.

But that plan has come under attack from several high-profile Dell shareholders such as Southeastern Asset Management and T. Rowe Price. The shareholders have said that his offer undervalues the company and pledged to vote against the deal, which requires a majority of shareholders, excluding the founder, to pass.

Icahn has offered $15 per share for 58 percent of Dell’s stock, the source said.

Under his proposal, the shareholders will have a choice of electing cash or stock, but there would be a cap on the amount of cash they could get, the source said. In other words, if all Dell shareholders chose to cash out, they could only sell 58 percent of their stock, retaining the other 42 percent that will remain publicly traded.

Icahn is being advised by investment bank Jefferies Group Inc. The activist investor, who has taken a stake in Dell, earlier this month demanded Dell pay out $15.7 billion in special dividends. He is no longer asking for that, the source said.

Icahn plans to fund his bid with his own money, Dell’s cash as well as new debt, the source said.

Blackstone, meanwhile, has offered to pay in excess of $14.25 per share for Dell, the source said. The New York-based alternative investment firm has not specified a range of the bid, but has two other equity partners – Francisco Partners and Insight Venture Partners.

Francisco and Insight could not be reached immediately for comment.

Under Blackstone’s proposal, Dell also would have a certain amount of stock publicly traded, the source said. But unlike the Icahn proposal, Blackstone has proposed buying out any shareholder that wants to cash out of Dell.

Instead, Blackstone is proposing to cap the amount of stock that would be outstanding in the publicly equity stub, the source said, adding that the private equity firm has not specified what that cap is.

Blackstone is being advised by Morgan Stanley, which has also given it a highly confident letter of financing, the source said.

There have also been some conversations about the Blackstone group selling Dell’s financial services business, but that is not part of the current proposal, the source said.

Dell was regarded as a model of innovation as recently as the early 2000s, pioneering online ordering of custom-configured PCs and working closely with Asian component suppliers and manufacturers to assure rock-bottom production costs.

But as of 2012’s fourth quarter, Dell’s share of the global PC market had slipped to just above 10 percent from 12.5 percent a year earlier as its shipments tumbled 20 percent, according to research house IDC.

Michael Dell returned to the company as CEO in 2007 after a brief hiatus, but has been unable to engineer a turnaround thus far. Dell’s focus on corporate computing in recent years has yet to yield results, critics note.

Competing successfully against incumbents, including IBM and Hewlett-Packard, will not be easy no matter what the corporate structure.

A source earlier said that Dell had slashed its internal forecast for fiscal 2013 operating profit to about $3 billion – down sharply from the $3.7 billion it had predicted previously. The source added that more details will be revealed in a proxy filing which is expected by the end of this week.

Meanwhile, if the special committee of the board decides that either – or both – of the rival bids for Dell are reasonably likely to lead to superior offers, Icahn and Blackstone will have to present firm bids for Dell. The negotiations are likely to take weeks, the source said.

At that point, the special committee will again need to decide whether the firm bids from Icahn and Blackstone, which include features such as committed financing, were superior to the Silver Lake-Michael Dell agreement.

If they are superior, Silver Lake and Michael Dell will get one shot at revising their original bid. Unlike most other go-shop processes, where the original bidders get several chances to match rival bids, Dell has given its founder and Silver Lake the right to do so only once.