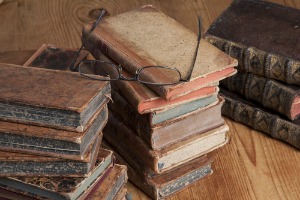 (Reuters) – Bain Capital LLC and Thomas H. Lee Partners LP are among several parties that have put in initial bids for McGraw-Hill Companies Inc’s (MHP.N) education business, which could value the world’s second-largest education company by sales at around $3 billion, several sources familiar with the matter said.

McGraw-Hill Education, whose textbooks are distributed in 65 languages across 157 countries, could be valued by buyers at about six times its earnings before interest, taxes, depreciation and amortization (EBITDA), although McGraw-Hill has higher expectations, one of the sources added.

McGraw-Hill, Bain, Apollo, OMERS and Apax declined to comment while Thomas H. Lee did not immediately respond to a request for comment.

McGraw-Hill chief financial officer Jack Callahan said in a conference call with analysts last week that the company was evaluating other options to a spin-off of the textbook business, including a potential sale.

McGraw-Hill, which has since streamlined its portfolio and made management changes, announced last September, after the activist calls, that it would split into two publicly traded companies – McGraw-Hill Financial and McGraw-Hill Education.

“It is a much simpler venue – rather than spin off the company, simply sell it. It is much easier financially. I think they will get a better sense of value rather than worrying about the break-up value. It solves a lot of problems,” said Ed Atorino, a media analyst at The Benchmark Company.

Cengage, which was acquired by Apax and OMERS from Thomson Reuters Corp (TRI.TO), the parent company of Reuters News, for about $7.75 billion in cash in 2007, is also considering a bid for online education services firm EmbanetCompass LLC, sources told Reuters earlier this week.

In a credit note last month, Standard & Poor’s described Cengage’s financial risk profile as “highly leveraged,” adding the company had been adversely affected by the growth of the rental textbook market, which has increased the availability of discounted used books.

Cengage had “less than adequate” sources of liquidity to more than cover its needs over the next 12 to 18 months, based on the assumption that future refinancing costs might be prohibitive, the credit rating agency said. The sources suggested this may be driving Cengage and its private equity owners to consider acquisitions that would boost its cash flow.

“It wouldn’t be appropriate for us to comment on what McGraw-Hill might or might not do with respect to a sale or spin-off of its education business,” said Cengage CEO Ron Dunn.

“With regard to Cengage Learning, we continue to generate strong cash flows from operations and we are very confident that we can service our debt while continuing to fund our business at appropriate levels as we lead the migration to digital solutions in all our markets,” he added.

McGraw-Hill Education had revenues of $2.3 billion and operating income of $260 million in 2011. About 18 percent of its revenues is international, while digital-related solutions accounted for over 20 percent of its 2011 revenue.

On Thursday, McGraw-Hill Education announced the acquisition of Key Curriculum, a developer of mathematics learning technology in the children’s and higher education markets, without disclosing financial terms.